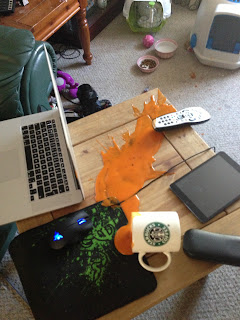 It would help if the cat did not leap over my desk, take out a mug of soup, and make my computer all sticky!
at May 01, 2013