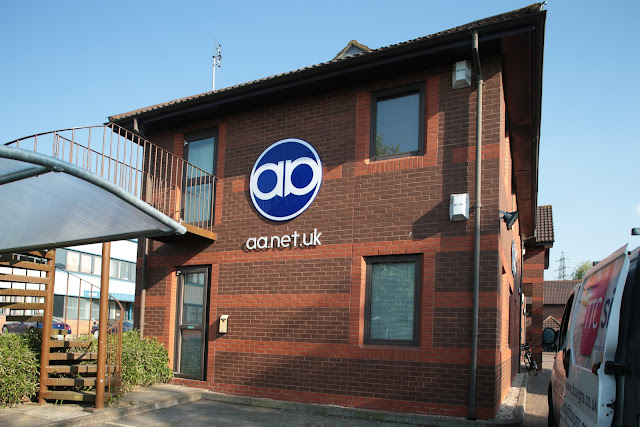 We have been having a fun time with re-branding. The old "ANDREWS & ARNOLD" logo and the "aaisp.net" logo have been with us a long time, and for the first time we have gone for a new logo. It is not just for Internet services, it is for all "A&A" stuff. So time to put on the office itself.

This is the end of the office, there is another to go on the front of the office tomorrow. TTC signs seem quite good at this.

I used a Canon 1DX on a tripod with a T&S 24mm L lens, placed horizontally and shifted up to frame the building. It was set up with manual focus, ISO, aperture, exposure (+1), and white balance. I set the wifi module to WTF server, and used curl on that.

You can access the camera using http authentication (-u in curl, and -L to redirect), and a cookie-jar setting. Then you can do a simple GET on /api/cam/rmt to make it take a picture. A simple script took a picture every second on the second. We took 8701 images of the sign going up. I went for "S" size (4.5 Mpix) using best quality JPEG. The battery lasted, to my surprise, as did the CF card. We plan to combine them in to a time lapse movie which we'll post later.

Tomorrow we'll do the same for the sign on the front of the building.

I have to say that the end result looks look pretty professional. People will have no trouble finding us now. 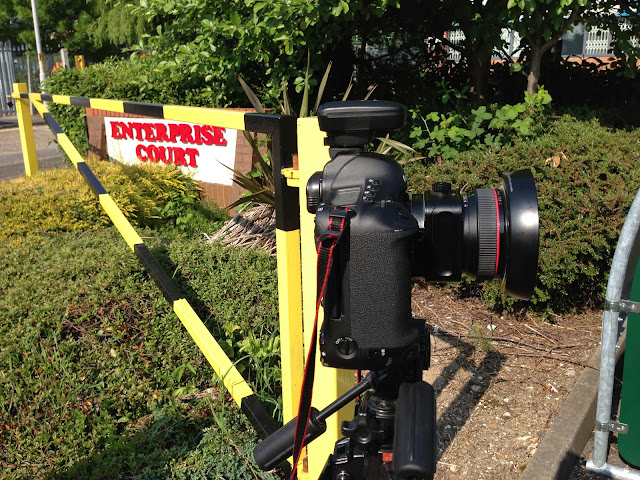 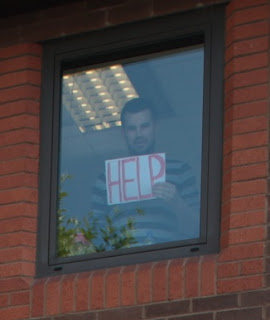