ICO is total waste of time 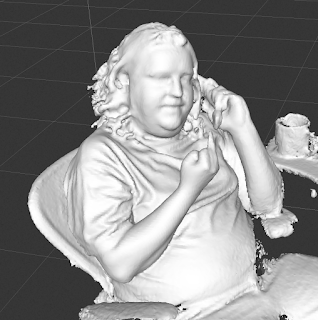 I am getting a lot of junk calls, and have reported around 5000 calls to the ICO now, and they have chosen not to take any action in relation to these calls.

It seems that even the Parliamentary and Health Service Ombudsman agrees that they do not have to do anything if they don't want to.

What the hell is the point of a law that bans something if NOBODY will take any action on it.

The Ombudsman said I could take civil action, but I know from personal experience a judge will consider the nuisance of calls and emails to be insignificant and not valid as a cause of such action.

Just to give some idea how totally pointless this regulation is, today, we got a call at the office from a company calling themselves Media Planet. Listen (MP3)

The call was to our "press" number, published in one place on our web site, which is where we also make it clear that we are listed in the TPS and that we do not want junk / marketing calls.

To our surprise this is a company that has apparently been in business 12 years and never heard of the TPS - they had no idea that they were meant to check their calls against TPS, and no idea that what they were doing is unlawful (Alex went a tad far saying criminal we think, but that is beside the point).

What is the point of these laws? They are a total and utter waste of time and need fixing.

An incredibly simple change would be to make it possible to take civil action for some minimum amount without justification, e.g £50, just based on the fact that you are the recipient of the nuisance call or email. That would allow civil action to work, and if the ICO really are so inept and uninterested, that would allow some real action on this from people affected. It would not be a burden on the courts as those breaking the rules would soon learn they have no defence, and pay up without need of court action. With any luck they would then change their behaviour.

We also need any contract formed as a result of such a call to be void, allowing people to "play along" in order to identify the caller properly so that they can sue them for the £50.