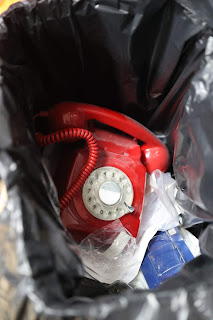 Analogue phones have been around a long time, but BT plc have finally announced that in the UK the analogue phone will be gone by 2025.

I have been saying this for a while, traditional landlines are on the way out. People use mobiles for calls, if they call at all as people tend to "message" and "text" and "FaceTime" a lot more these days, or so it seems to me.

But the end is in sight - BT plc t/a Openreach will stop selling analogue phone service, and even ISDN phone services, in only 5 years time (2023) and stop actual services 2 years later in 2025.

For actual phone calls the alternatives are mobile and VoIP. For businesses, services like webRTC to call from your browser. I have been using VoIP for a long time now, in fact I am not sure how long, but over a decade at least.

This will be a challenge to some industries where analogue lines are still used for alarm monitoring systems, lifts, and just as a backup.

A&A have been selling broadband using the analogue copper pair simply as a carrier for the broadband for a long time. We don't do "landline" phone service. So for us, for these existing services, we simply migrate them to the data only variants rather than a "phone service with no calls" as we have now.

The bigger challenge is the existing broadband customers that have a phone line from someone else and broadband with us. They will need to realise that they have to change at some point in the next 7 years. Thankfully we already offer a means to migrate to a broadband only service and (where a BT number) port the number to VoIP which we can even point to a mobile SIM if needed. Even with our small customer base that represents an average of several lines per day that need moving in order to be finished in only 7 years!

But for now, no change. We need to wait for BT to have these new SOTAP and SOGEA services rolled out, which is likely later this year.