One of the things that apparently confuse people, it seems, if that whenever you see a discount you have to see the flip side, that the un-discounted amount is much like a surcharge. 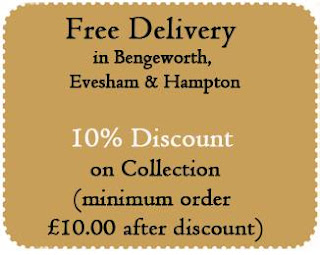 For example, I just saw this on facebook (with someone making the same point).

Yes, it says "free delivery" but a discount of 10% for collection.

I.e. the pricing clearly allows them to sell (food I think) for the discount price, so the extra 11% on top of that is a surcharge for deliveries.

That is very much not "free delivery", is it!

The trick is to always look at the other side of things.

Now, BT have finally launched the rather odd lower price line rental for people with no broadband. It is described here. It is quite a lot cheaper than normal, £7/month off.

But let's look at this the other way around. What it is, in fact, can been seen as a £7/month surcharge if you get broadband. Even with another supplier than BT for the broadband.

How the hell has OFCOM allowed this basically anti-competitive behaviour - how are they allowed to link their price to competing providers independent services? Well, OFCOM actually encouraged and/or mandated this crazy scheme.

Interesting, broadband via your mobile does not impact the line rental. But on face value, broadband via cable, wifi, or other means would impact the price. It just says "Broadband with another supplier" is not allowed (but says mobile is OK). They actually say broadband via Virgin means you DO NOT get the discount. So this is nothing to do with the line being shared access to the copper or anything like that, it is simply a surcharge for taking a broadband service!

I am surprised it is even legal for this sort of linking of price to independent services from other providers. I cannot help feeling it should not be legal. It would be like us giving a discount on broadband if you use Daz washing powder.

I have not found the formal contract terms - it used to be easy, so if someone finds them, let me know. But that web page is very clear about you having broadband - so presumably if your spouse, parent, child, friend, etc, has broadband installed at your house then the discount still applies (or rather the surcharge does not apply)?

Maybe two neighbours can install broadband for each other, and just use the wifi through the wall :-)

Ideally it means checking the exact terms to be sure.

P.S. Just to clarify, the discounted price is £11.99 from BT. A&A do a "line for broadband use" for £10 (no calls allowed) which obviously applies with having the broadband (only available with broadband).
at May 07, 2018