Well, it has gone well... A week in Greece and a week back home, and I have my alarm system / access control code working.

In the process I have released an ESP32 / ESP-IDF based PN532 library which works with my DESFireAES library, and also a VL53L0X library.

The only bit that has proved problematic is the 9600 Baud RS485 Galaxy Bus library. It worked well on the ESP8266 using around 28800Hz timer interrupt to bit bash RS485. I coded the same on the ESP32, with much faster processor, and, well, two processors. It is being "iffy". It is close enough for now, but I need to fix.

I could go for using one of the three UARTs which includes some RS485 stuff, but that too needs some interrupts to get timing right, I expect. Getting the UART interrupts working was even more challenging than a simple timer interrupt.

I am working on updating my door controllers now. The new design is nice, and smaller than the old design. 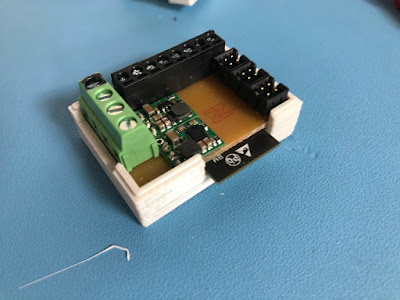