Berkshire Cycles seem to be causing me a few problems at the moment. 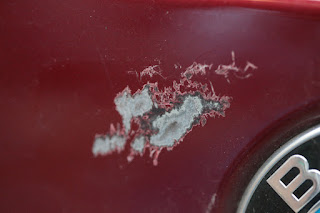 For a start, when my wife purchased a new Pashley bike and bike rack from them (Reading branch), they fitted the rack and bike to the car (which was nice). She drove the couple of miles to Wokingham only to find that they fitted the bike so it rubbed against the boot paintwork. Not a good look for a new BMW! I'll send them the bill and see what happens.

We then took two Pashley bikes in to the shop for a service. My bike had a broken bell and loose chain, which we pointed out. 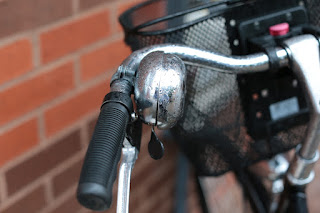 First off they say that the bell is a problem, and it will be a few days. They call back to say it is ready but when my wife gets to the shop they say that it is not as they did a test ride and found another problem!

When we finally get it back, two weeks later (walking to work every day!) they have not in fact changed the bell. They say that they still don't have them in. You could not sell a bike new like that, it would be illegal. Funny how I have just gone on to google, searched for a Pashley bell, and found a supplier with them in stock for next day delivery. It is not like I can't fix a bike myself - I used to when I was a kid, and the bike is the same Sturmey Archer gears I had back then. I like my Pashley. But these days I am not that inclined to get my hands dirty which is why they got nearly £200 to service two bikes.

Of course they did do some work - the chain is no longer loose. Well, it was not, but cycling a couple of miles I find that the wheel is not actually done up tightly and now has slipped. I had to walk back to the office to find a spanner and tighten it as the wheel was now rubbing against the frame. Again, not funny. Getting fed up with walking. 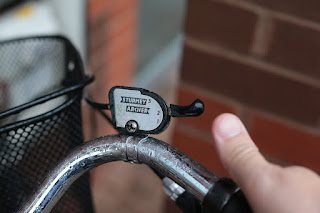 For some obscure reason, they also decided to move the gear changer so it is now out of reach when my hand is on the handle bars. Why do that? I have found a screwdriver and fixed that too.

Overall, I have to say, not impressed with Berkshire cycles. They are the only Pashley dealer near here though, sadly.

It is a shame that nobody seems to put the same care and attention to detail in to their work these days. I must be getting old.