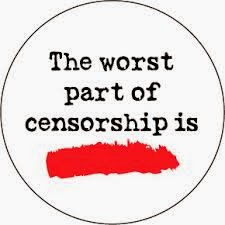 Sounds like an unlikely headline, but how far from the truth is that I wonder?

The BBC article on whitelisting sites to not be accidentally black listed is clearly making this one step closer to reality.

This really need stamping on - it is simply getting silly.

We have people like Baroness Howe using A&A as an example for why we need legislation on this, not realising that we already meet her proposed measures. That makes us an example of not needing legislation as her worst example already complies, yet all of this with no evidence of any actual harm caused in the first place!

Do we really want access to information in this country to be government controlled and censored?

So please talk to your MP and tell them this nonsense must stop now.
at January 31, 2014