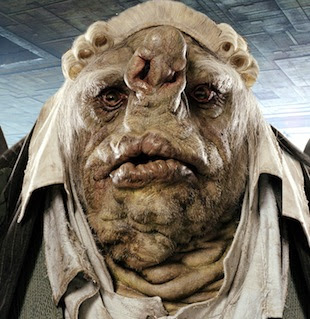 I would not normally go in to figures as they are commercially sensitive, so sorry if I am a tad vague in this post, but the latest stupidity from our favourite telco just left me feeling I wanted to blog it.

As a company we file annual accounts, but as a small company these are abbreviated even though we turn over many millions a year. This means that credit reference companies have very little to go on in terms of recommending a credit limit for us. This is no surprise.

It is just as well as we rarely want credit from our suppliers. In the case of BT, our biggest supplier, we have 28 days credit to pay the bill, most of which is for services in advance so we are paying at the end of the month that the service for which we are paying is actually provided (hardly "credit" in any normal sense). Given the significant time it takes to check and dispute the BT bills every month, 28 days is more than reasonable. We always pay BT on time, every month, like any supplier.

We order stuff from BT all the time - we order many new DSL and FTTC lines every day, and we order fibre circuits for customers (Ethernet) regularly. We order more bandwidth to BT every few weeks. We pay BT hundreds of thousands of pounds every single month, on time.

But we recently ordered a new host link from BT. This is increasing the capacity we have from two pairs of gig links to three. It costs around £10k to install and £2k a month extra with a one year commit.

Given the amount we spend with BT and the fact that we regularly order an extra 50Mb/s on the existing host links (which costs a lot more than £2k/month extra), with no problem, and given that we have paid BT of the order of £10 million over recent years, on time, we did not expect a problem with such an order - neither did our BT account manager. Why would we?

Well, for some reason, some pen pusher in BT decides that the policy of credit vetting a new host link order applies and he checks our credit rating. Unsurprisingly D&B think we have a low recommended monthly credit limit (I think they said £7k), so we fail the credit check for a new host link! This is somewhat crazy, because, BT plc are the one company that has a really good idea of how much we do - they know how much we pay them, on time, every month. They can see how many decades we have been doing that and can see how we are growing steadily. If anyone was to provide a credit reference for us, it would be BT plc! But they ignore all of that and decide that we are not a good credit risk!

To add insult to injury they decide that this risk only applies to the new host link order. That we can carry on with all of the ongoing business we have, hundreds of thousands of pounds a month, no problem. Even the suggestion that we start paying by Direct Debit for most of it was happily withdrawn when we pointed out that not one of BT's bills has ever been correct so DD would be bad for BT.

They decide that the host link order requires not only paying the £10k install up front (which, I don't have a real problem with), but that we are such a bad risk and might not pay the £2k/month, so we have to lend BT plc £6k (three months worth) for 12 months (and then they repay it with interest). I.e. they are worried we won't pay the £2k for the third host link but the remaining several hundred thousand pounds each month is not an issue.

[I did threaten to take them at their word, which is that the deposit is "for 12 consecutive payments", so I was going to pay £2k each day over 12 days and then demand the deposit back - that would have been a fun argument, but we pay them so much a month we can simple withhold the amount we are arguing about!]

It worries me that there are people in BT plc that are so blinkered that they think like this, that they think we are a bad credit risk at all, and then only for this one specific order and nothing else.

It smacks the poor account manager in the face as he has been pushing for us to buy more from BT, expand our business, and so on. He has bent over backwards to sort the order for the new host link, and tried to point out how stupid this nonsense is, but failed.

I was sourly tempted to video taking £16k in cash to 81 Newgate Street and dump on the desk, but having had a few days to think, we are actually putting off the new host link order for now. We were being very cautious anyway and considering lead times, but in practice we have a simple alternative, which is to put more new lines with Talk Talk rather than BT. That solves the host link issue for a long time, and gets us better deals with Talk Talk. It is a blow for our BT account manager, and I really hope he kicks up a hell of a stink in BT over this.

The plan now is that we look at a new host link a bit later in the year. If ever we find usage and ordering changes to need one sooner, then we can jump through BT's hoops if they really want (and maybe will video handing over cash), but for now we do have plenty of head room. We'll certainly not compromise quality of service to our customers over something as silly as this. The money is not the issue, it is the principle.

[mind you, we did wonder what rate of interest they would pay - maybe paying BT some up front as a deposit is a good thing if the interest they pay is better than the bank!]

As a BT shareholder it worries me the way they do things. If they really thought we are a credit risk (which is crazy, and they know it) they should not be just making the host link order difficult but reviewing all that we do with BT, total credit risk, and so on. They don't do that. Now, if some other BT plc customer is a real credit risk we know that BT will not check anything until they order a new host link, and then only focus on that, which is easy to accommodate. That is a credit control department not doing its job either way. That is worrying. I may even raise a complaint as a BT Group plc shareholder.

Thankfully Talk Talk seem much more sensible. I can't recall, but we may have had to show them full accounts when we started, but they are more than happy now, and when their account team try and sell us more, their credit control people don't screw that up by trying to upset us!

Hard to come to a clean conclusion on a post like this - BT credit control seem to me to be Vogons.
Posted by RevK at 19:04:00