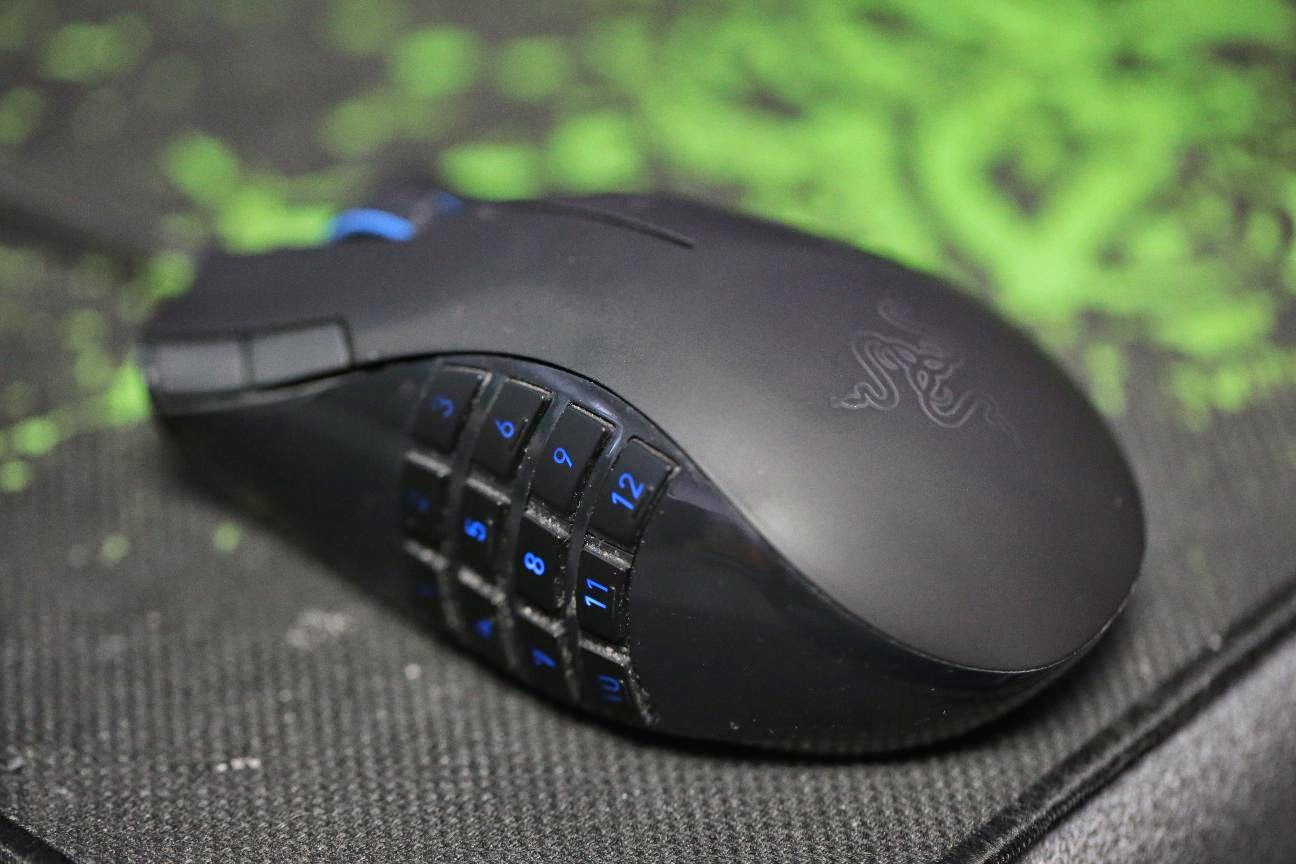 I have an iMac and I have a Razer Naga game mouse.

The mouse has 12 keys on the side. This makes it excellent for games like World of Warcraft as you have a set of actions (weapons, spells, etc) that are usually tied to a number key 1-9,0,-,= on the keyboard.

The Naga has, by default, those keys as if it was an extra keyboard.

What makes it extra useful is that you can have a further 12 keys when used with the SHIFT key, and another 12 when used with the CTRL key. But these modifier keys are on the main keyboard, not on the mouse. Even so, left hand on SHIFT, right hand on the mouse button, works well. Been using it like this for years on Linux and the other iMac.

I installed the new iMac, and the Razer mouse driver package, and WoW, and tried to play - only to get killed rather quickly. The SHIFT and CTRL modifiers simply do not work !!!

First thing to check was the 123/NUM button on the bottom of the mouse, but that was set to 123 correctly, so the keys works as the normal number keys.

I googled, and there are loads of people with this problem from a few years ago, it clearly crops up a lot, and there are lots of solutions. I tried some, such as setting the keys do F1-F12 in the Razer driver, but still SHIFT/CTRL did not work. There are also some software packages which I was wary of, and even settings in WoW itself. However, as this affected a simple terminal window it was clearly not a WoW specific thing.

I have, however, found the answer, and it is very simple, and explains why it works on my other iMac. My mistake was installing the Razer drivers! Removing these (and rebooting) it just works. In a console, pressing SHIFT on main keyboard and "1" on mouse gets me "!". It works with WoW.

How annoying, but there you go - if you want to use a Razer Naga on an iMac under OS X with World of Warcraft then don't install the Razer drivers.
at December 01, 2014