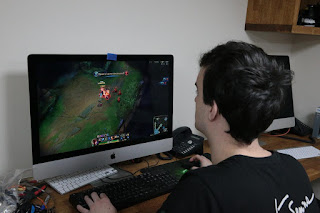 People will always be able to communicate privately.

You can use encryption (even with pen and paper) but you don't even need that if the medium is one that cannot easily be monitored.

Now that criminals know that the government want to log web sites visited, there are places they can go. And if you plug that hole, they can do something else. Apparently 9/11 planned using draft emails on a web mail server, not logged as the emails were never sent. This is a never ending battle that will take every last shred of privacy away from all of the innocent people in the world if we let it.

What am I talking about? Well, apparently, the latest conjecture is that the Paris attacks may have been planned using Sony Playstation - PS4 - using in-game to communication.

This is very difficult to track - it is not like a simple phone call. There are thousands of different games people play even just on one platform, and millions of people that play the game. One can meet up, virtually, in-game and communicate by voice or text or other means. One of the more cunning ideas I have heard was that you could spell a message in a spray of bullets on a wall that the other player can see before it fades away - there is no way to track that!

What is ever worse is that people in game may well be planning a bombing or attack plan - in the game! Some games may even be set in real towns, so planning to meet at a specific (real) building may be valid innocent in-game communications, but in reality may be planning when and where to plant a bomb!

P.S. It is worth pointing out that whilst in-game communications may be a viable means of planning an attack, the evidence so far is that they found a PS4 in a young persons house (wow!) and the media are jumping to conclusions.
at November 15, 2015