What could happen next after #IPBill? 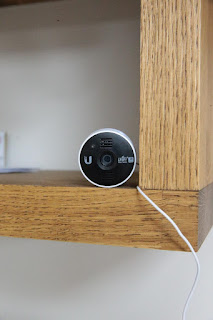 Obviously I am trying to engage with politicians and try and explain some of the issues, both technical and ethical with this monitoring, and I had a productive meeting in the House of Lords today. It is, at least, a foot in the door.

However one thing I was pondering is where could things go...

If the Investigatory Powers Bill was to go ahead, one of the key issues is the retention of data by ISPs that somehow logs who is talking to who (or what) for everyone in the country.

We are told this is not mass surveillance, and I suspect the Oxford English Dictionary will be having committee meetings on that one, and how the words are redefined. One of the arguments is that it is not surveillance as nobody looks at the data until and unless you are suspected of a crime.

I suspect if this was a bill to install video in every room of every house, but again, not looked at unless later you are suspected of a crime, people would still consider it surveillance, personally.

But let's assume for a moment the bill is passed, and ISP are logging connection data in some detail by some means, what would happen next?

Well, the problem is see is that an ideal end game for the security services would be to have this data and perform some "big data" analysis to find patterns and identity suspects automatically - you may be able to find terrorist cells or bank robbers simply by tracking their communications data in some detail. You can profile groups of people, cults, fan clubs, all sorts.

So how to get there from here - there are a few simple steps.

My guess would be the first step would be getting anonymised access to do statistical analysis. This really does seem harmless enough doesn't it - after all the data is anonymous.

But then you start to spot these patterns, and before long you have GCHQ saying they know there is a terrorist cell but they cannot tell who it is because the data is anonymous - they need an emergency power to be able to uncover the real data in special cases like that.

Getting the raw data

Of course, if they are right, then they will want to be able get all of the data all of the time, and use it for any crimes they can profile.

And finally privacy is a thing of the past

We know a society with no privacy - with cameras in every room, and with all communications logged, would probably be a bit "safer" - though it will not stop all crime and not stop terrorists, but a bit safer. But we do not want that society!
Posted by RevK at 16:35:00