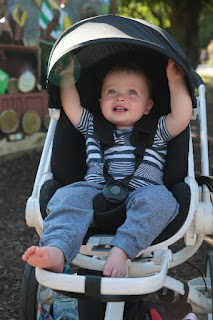 Interesting article here on police intimidation in the UK.

Basically a reporter taking a couple of pictures for a story, having identified himself as a reporter, from a public street, where a school was evacuated because of a bomb scare.

The police intimidated him in to deleting the pictures!

The odd thing is some of the reaction on twitter. Some people seem to think that taking pictures of children is illegal. The police officers suggested the pictures may be for "personal use" and that somehow that made their request for the images to be deleted valid.

Now, let's put this in context. I do not think that even pedophiles find images of normal fully clothed children arousing. If they did, then they just need to get a copy of the Mothercare catalogue to be happy. And bear in mind that people see children in public places all the time. If someone finding a fully clothed child arousing was somehow a "harm" to that child, you could not take children out in public at all, just in case. Do consider, just going shopping with them, many CCTV cameras are taking a picture of your kids 25 times a second. 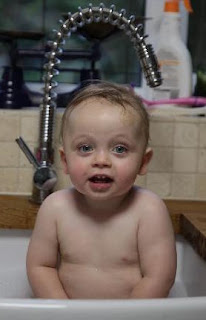 But just think about it - I bet every parent of every kid there has pictures of those children for "personal reasons" and did not for one second think that in some way wrong or illegal. I have loads of pictures of my kids and grandchildren, even with no clothes on! Bear in mind the vast majority of child sex abuse is by family members, so that is not an irrelevant comparison by any means.

This is nothing to do with pedophiles whatsoever. This is a lot to do with police state intimidation of the press!

I am shocked that any reporter caved in to this - but I can appreciate the police can be intimidating. That is the problem, after all. Personally, I hope I would have had the nerve to ask:-

"Either my taking these pictures is a crime, in which case you are asking me to destroy evidence of a crime, or it is not, in which case I can go about my business without intimidation from you. Which is it?"

Maybe I would not have the nerve. At best I would turn off, and hence lock, the phone and offer it to them to either use as evidence to charge me or to return later with an apology - and then leave the scene.

The fun part is that the technology is already changing, and I am surprised any reporter with any clue is not already set up to auto-upload all photos to his editor in real time as a matter of course. That solves the issue with a "sorry mate, already in the cloud, nothing I can do".

One thing someone asked if whether the "press" are special, and for the most part they are not. The freedom of the press is a basic principle of any free and democratic society, but everyone is allowed to take pictures in public, pretty much. The press do, however, have some exceptions in the Data Protection Act to cover public interest where personal information is involved, so the fact kids may be identifiable from such pictures would not be an issue when published.

So the problem goes away with technology, thankfully. But this does not address the total paranoia of people that think anyone with a camera is up to no good. We all have eyes, and can see what we can see in public - using a camera is not a big step from that and is legal and normal and sensible. I hope that the fact that almost all of us now carry several cameras all the time is going to change that paranoia.

P.S. As a courtesy I did check my daughter was happy for these pictures of my grandson to be published. The original taking of these pictures was not seen as any issue by me or her though.
at May 27, 2016