Having moved house, the Internet access was obviously going to be, err, "fun". It has gone through several stages...

What was meant to happen...

The first thing to realise is that we are not new to this - I mean, I do run an ISP after all. We know that phone lines, broadband, and fibre can take time to install. I have one of the best teams in the industry when it comes to dealing with BT, and they were on the case from the day we made the offer.

Fibre installs can take a lot of time, and need a survey, so I was happy to pay for the survey and get the fibre ordered months before we even exchanged. I had already looked around and worked out there was ducting, which even cut the corner of the property, so even a "dig" would not have been much work. As it happens the survey said overhead as they now use fibre cable not fibre tube (more on that in another blog). This means no excess charges, and no extra delays (in theory). So the fibre order went ahead. Basically, if we did not buy for some reason, we could cancel without too much cost involved, but ordering early would mean a good chance of fibre when we move in, or shortly after.

However, knowing the possibility of delays, phone lines were also ordered for broadband. The phone line(s) appointment was then set up for the day we exchanged, which is when the previous owners would allow BT access to install (previous BT access to survey had been done). At the last minute, BT cancelled that appointment due to "system problems". Several more appointments agreed and cancelled in the two weeks before we completed. All "system problems".

At one point a BT engineer did arrive to put in two phone lines, and got to the loft, and said that there was an existing service there (previous owner's) and so he was not allowed to install. The idea is that BT had just announced delayed appointments for any new install where there was already a service due to COVID, but this (a) was not to affect existing orders like this one, and (b) was to avoid BT engineers in people's homes - yet this engineer was already there. All he had to do was fit the sockets on the spare pairs, but no! He spent way more time in the house than he needed because he was on the phone arguing the toss with Ben at my office!

Several more cancelled appointments, and, well, read on. Suffice to say we did not have even DSL when we moved in, in spite of months of planning. The following stages happened over the first week or so - improving Internet almost day by day.

Day 1 was hectic, and all we had was mobile with 1 bar signal if you stand in the right part of the house.

We then progressed to a set up with a 4G dongle hanging out of a window connected to a FireBrick and a single Apple AP. This allowed WiFi in some of the house, with maybe 1Mb/s and lots of latency, but it was progress. This was a set up we had ready as a starting point.

They next step was where we get proper WiFi in the house. The FireBrick and dongle in the loft, but working out where to put the APs. Running network cables and a PoE switch, we worked out we can actually cover the whole house (inside) with 2 APs - one for North and one for South. This is because the house is essentially built in two parts and so has a thick stone wall across the middle.

Thankfully we have the services of JLP Property Management (son-in-law) to help, and run the cables in the walls. All neat any tidy, though the APs were hanging from a wire on the wall, we had good WiFi coverage.

The FireBrick and dongle and PoE switch were all set up in the loft, and worked a bit better than just dangling out of a window.

This arrived at the same time as the fibre engineers! Yes, ordering a proper fibre install, and PSTN, months in advance and the fibre guys turn up at the same time! You would not believe it. However the fibre install cannot be completed as someone has fenced off some scaffolding around a BT chamber by the market in town. Arrrg! 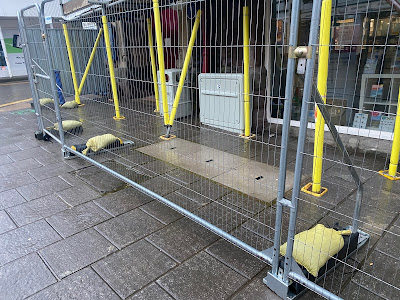 Even so, on one ADSL we have progress. I started the work to sort out my proper IP addresses making my life a lot easier. I also got a small 19" rack for the loft, as you do.

Next step was getting some wired Internet to some places in the house. Thankfully, and very luckily, we found the four phone sockets in the building were done using network cabling, so we could trace them, change the ends, and get network to some places. The front room TV/SkyQ/AppleTV could all now be wired in. 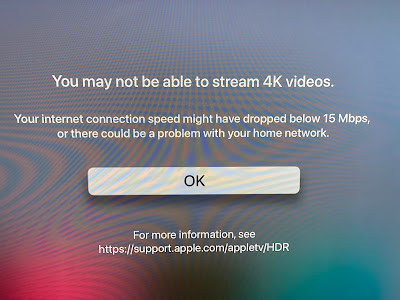 Next was the second PSTN/ADSL line. Obviously this was expected to be 16Mb/s too. But no! There was an underground fault, so only 6Mb/s.

The engineer took all day and gave up, said the underground team would sort in the morning. Even the escalation team at BT said next morning, but no, magically that was cancelled, and so not done.

I did however release a change to the FireBrick to allow it to adjust uplink speed based on speed data sent from the ISP end (which we now do on A&A lines) to allow uplink bonding to work better.

The internal APs were fitted to the wall with some 3D printed brackets (once I found, and unpacked, the printer). Given the rather thick stone walls, an external AP was installed to cover the garden. We are now all properly set up with nice roaming WiFi throughout the house and garden, all connected to ADSL lines! 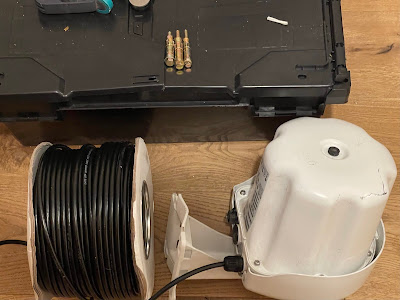 It actually looks like an external AP one side of the house is no use the other side even, the thick walls mean no WiFi even just outside the house. Oh well, another AP needed.

BT finally fixed the second ADSL line. We have now put in the queue for a VDSL upgrade.

It took 6 days to get around to it, but the second ADSL is 15Mb/s (first now 14Mb/s), bonded. Sadly they are aluminium wires through...

Unfortunately they are far from perfect - seems some backhaul congestion, so a lot of jiggling line rates, forcing VoIP over just one line. And avoiding someone trying to use Disney+ during the day while we work. 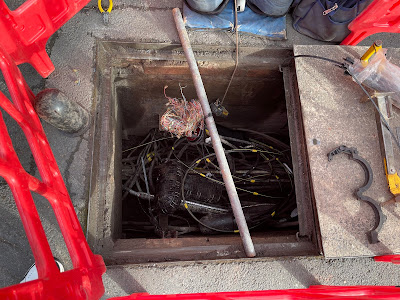 BT finally arranged access to their chamber. The fibre is 1Gb/s but will be only 90Mb/s backhaul for now. Even so, this should be a very reliable and low latency 90Mb/s, and is 90Mb/s up and down. Finally some decent internet, but with ADSL fallback, well, except...

The fibre, once installed and tested, should be provisioned. This is usually that day, or maybe at worst a day later. However, that was Thursday... If not for the scaffolding, it would have been Monday 1st.

Come the following Tuesday they finally say there is some connectivity issue, and suggest it is a "simple fix reversing the fibres between the patch panel and the ADVA", but they won't do that until the next day!

By Wednesday they had done a "hand over" of the Etherway - i.e. the fibre to the exchange was complete, but somehow the actual circuit back to London was not. As usual BT insist we wait, this time 2 days, and we know that nothing will actually happen during those two days, so we have to chase again on Friday. And, of course, we were right, nothing happened for 2 days. Now on to Friday we are told they have an issue with the VLAN tag!

And no, nothing happened on Friday, so nothing will happen until Monday now, in spite of all my efforts to escalate.

We are in to the third week after the engineers came and put fibre in, and we have issues like this: "The system identified a HSMDA port for this circuit and HE services are not supported on HSMDA cards, it was routed to 20347789:4/2 which is of the type ALN - HS-MDA (V2)" - yes I managed to get someone to tell me what was actually happening. Still no working fibre link though... "this will also involve a truck roll to get engineer to re-cable".

Friday 19th - updates during the day - by 4pm the new Etherway and Etherflow orders in place, so just waiting for something to happen. Should be "today" apparently. Remember, they installed on 1st, which would normally be the day it is live.

Finally 19:22, BT say the link is live and end to end tested and ready - except it does not work. They claim not to be any to see my kit on the line. Tried fibre and copper ports, and yep, comes up 1Gb/s on fibre port as expected, but still no joy. Arrrg!

OK, took me half an hour, but I checked the SFPs, and a simple mismatch, but I had a wired SFP/SFP cable which just worked - sorted and finally working. The SFP mix up was never going to work, but that did only waste half an hour... 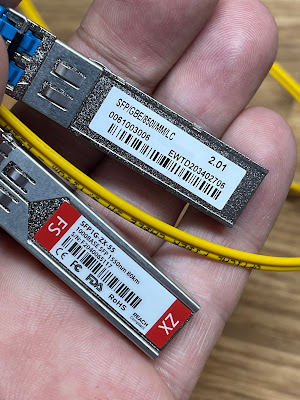 We will be upgrading the fibre to 1Gb/s as soon as we have a new 10Gb/s back end installed in London. We'll also have a nice shiny new FireBrick FB9000 prototype on the end of it really soon. These will take a bit longer, so more on that later.