A Rev on holiday 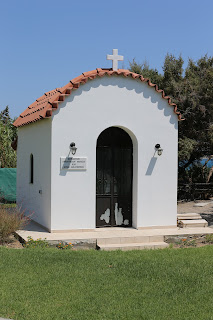 Well, I am back, and the 1D X impressive. I only had half a day to play with it, and a couple of hours walking around Ρόδος old town this morning. Took over 500 pictures in L format JPG with quality setting 10.

It is interesting how things change in a few years. It seems I can now take RAW with no problem with either the write speed of a nice sandisk 32GB CF card, or the storage capacity. The other issue with RAW was the time it takes to upload. Well, this camera has gigabit Ethernet (albeit only IPv4) and so is able to upload fast, and I mean fast. Yes, I did not take these in raw, but even though many are 13M files, they uploaded, plugged in to the server at gigabit, at several per second and before I managed to extract my laptop from my bag and power it up, my photo site had the pictures all ready and working. So it looks like RAW will be a possible. Means the photo site updating to handle multiple versions of the same image. I can also set up a second card and WiFi so that I would WiFi a 4.5Mpix S JPG while recording an 18Mpix JPG and RAW for Ethernet upload later. Something to experiment with.

I was also rather impressed with the new focus and exposure settings. Rare to see any camera get sparklers right in auto!