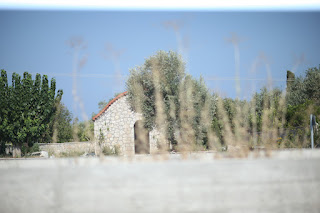 I am pondering a new camera. Well, more than pondering, more sort of calling the camera shop every day :-)

I have several Canon lenses and bodies, with my current camera being a 1DsMkIII. I was shocked to realise that it is nearly 5 years old now. It is a good camera (21Mpix).

What I am after is a Canon 1Dx, which are apparently available shortly after rocking horse shit comes in to the shops. It is Canon's new flagship professional camera and I am sure they wanted it out before the 'lympics. From what I can gather, both Canon and Nikon have been struggling.

The 1Dx should be "better" in many ways, but is only 18Mpix. I say "only" when talking of such huge numbers! Much as Internet is not all about the speed, cameras are not all about the megapixels. It has a much more sensitive sensor with gapless lens array which means it should create better pictures in low light. It also has, apparently, much improved focusing, especially in low light. I really should start taking more pictures.

Anyway, bugger all UK stock out there. Canon "launched" it last October, and only now are they finally coming out. We use cameras for product shots in the office, and for marketing, and so on. Most of the kit we got was when we sponsored the Bracknell Bees, and did live photographs and video of games with our logo added. Worked well. The 1Dx does video, and we are planning some interesting "productions" for marketing shortly.

I had hoped we would get it before going on holiday so I could borrow it and try it out. I took the 1DsMkIII instead. What is making matters worse is that I now realise the 1DsMkIII has a fault. Arrrg!

Looking back, it has had it for a while, but only really obvious on bright daylight clear blue sky shots. Turns out that any fast exposure shots have a major problem where the top of the image is seriously over exposed. I can only assume it is a problem with the shutter. I wonder if the curtain is "bouncing" or something. It looks like a double exposure on the top of the shot. At 1/8000s on a clear blue sky the top of the shot is white, not blue. On longer exposures the effect is much less, which is why it has not been as obvious. I had seen the effect before and was puzzled by it, but now I am out here in the serious sunshine it is much more of a problem. To make matters worse I thought I would actually try using the f/1.2 lens I have. Using f/1.2 in sunshine and all my shots are buggered. At f/2.4 with shots down to 1/2000s it almost goes away, but at 1/8000s it is nasty. If the shutter is bouncing, that makes sense as it would be a fixed extra exposure of part of the image. Anyone else seen this on Canon cameras?

Sounds like it will have to go in for a proper service when (if) I get a new camera.

Is it just me or does even the slightest flaw in something niggle at you. This is an issue that can be fixed by simply cropping the top off the image, but it is annoying me. The camera feels so broken. Psychological, I know, but bugging me in a sort of OCD way. The temptation to have a 1Dx DHL'd to Greece is strong.

Update: More reading - yes, it is shutter bounce and can happen and will need repairing.