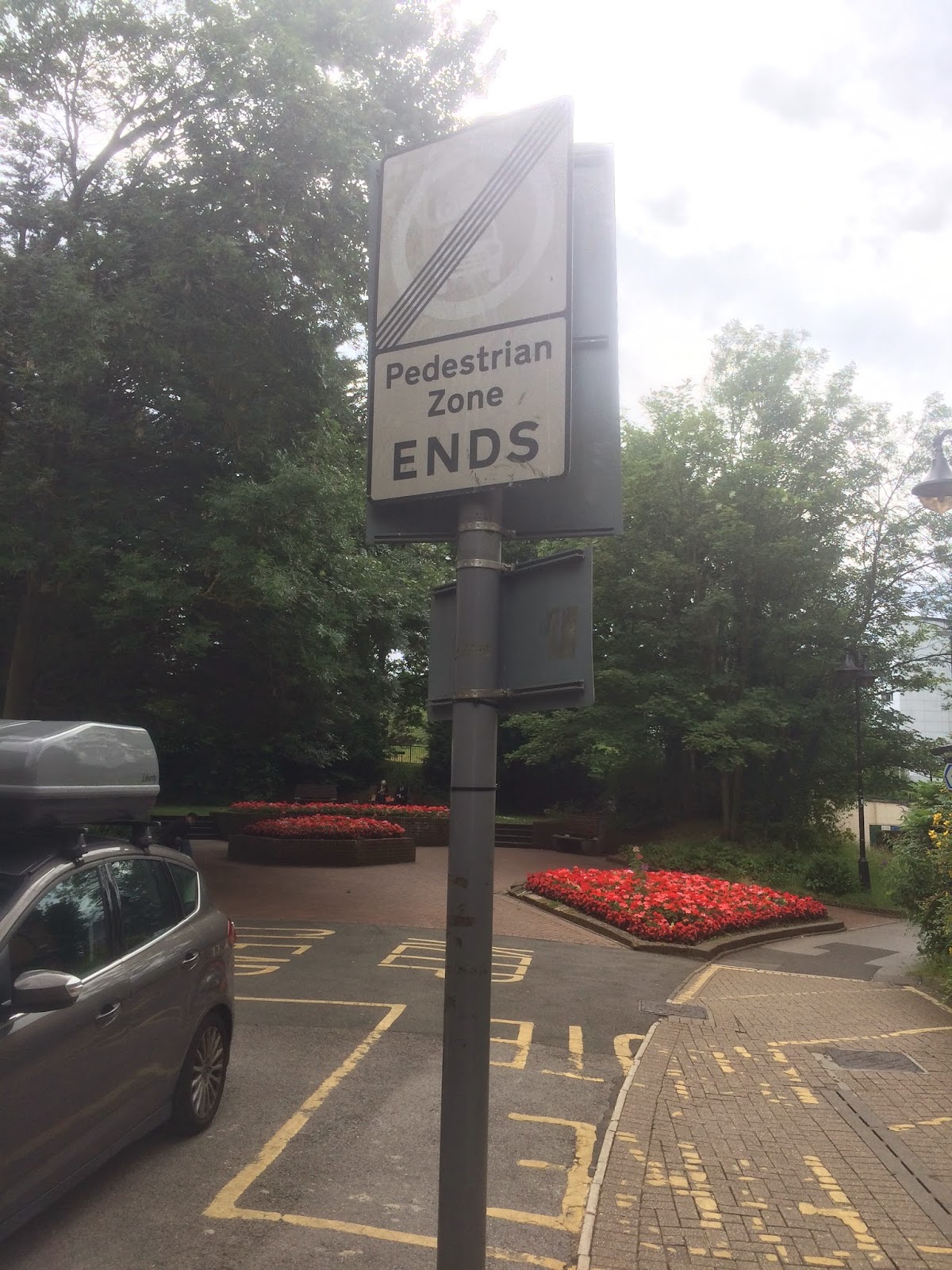 I was coming in to Bracknell town centre, on my bicycle, approaching along the path in this picture, from the other side (i.e. towards the camera).

I was accosted by a pedestrian insisting it was illegal to cycle there.

She was having none of it, insisting she had spoken to police about this before.

Personally, what I think we need is a "cyclists give way to pedestrians" zone for the town centre so that careful cyclists can cycle in to town. Sadly I don't think such a thing exists in the road traffic laws.

Update: Apparently they have something like that in Cambridge, Thanks Julian Huppert
at June 30, 2014