I got myself a new penknife. 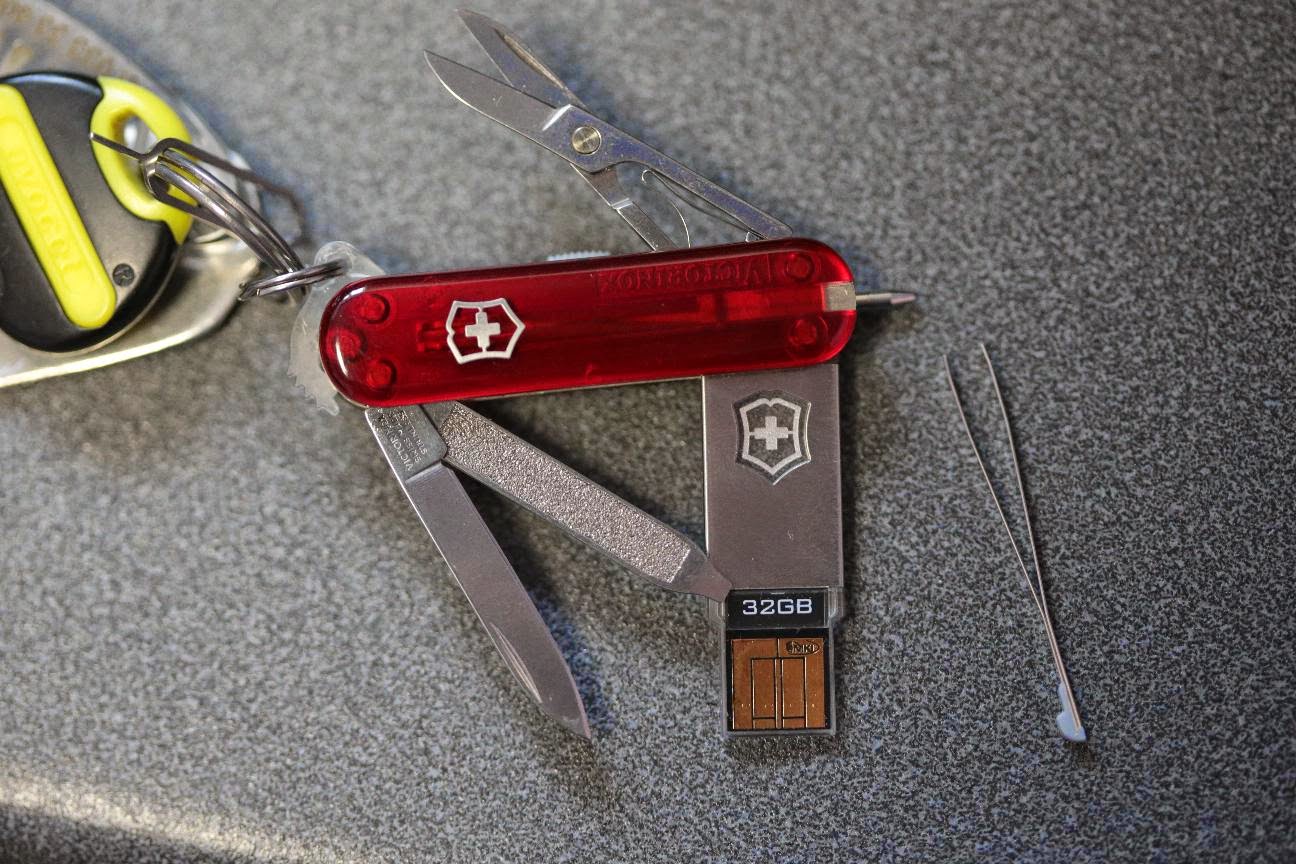 A penknife is always useful, whether opening parcels, or cutting my nails. I use almost everything on it one time or another, and, of course, being geeky it has a USB memory stick on it. This one also has a pen and tweezers!

I got a new one as the old one had a knackered blade. The old one had extra gadgets including a laser pointer and blue-tooth buttons for doing presentations. Sadly the small batteries fell out and the battery cover bit got lost meaning new batteries did not stay put, and so it got used once for a presentation. When it worked it was very cool. I went for the simpler model this time.

I am quite impressed with the way things like USB memory sticks have moved on. The old one had a 16GB stick. It was complicated with some sort of controller one side, a big flash memory the other, as well as some small active and passive components... 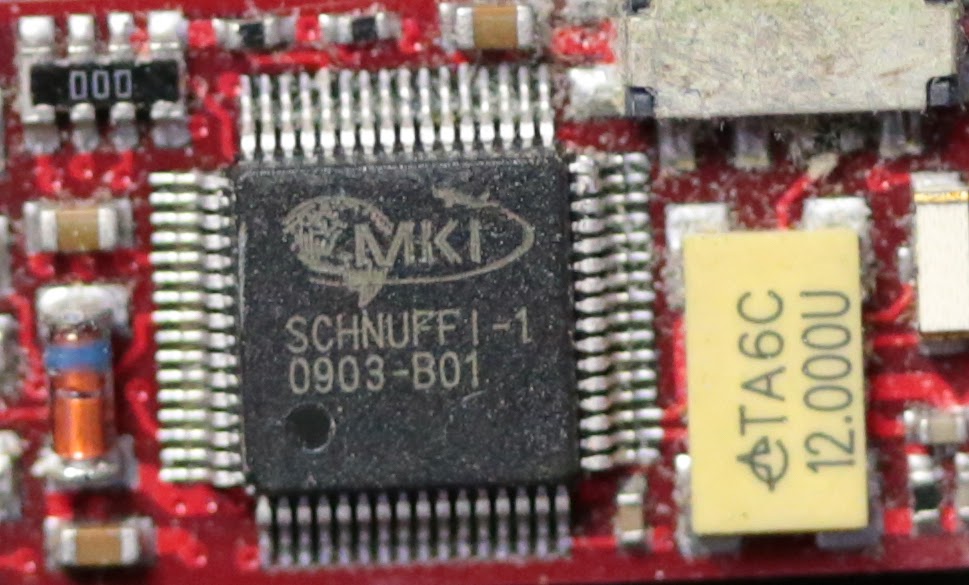 The new one is way simpler. One "chip" with contacts on it on one side that are the USB contacts, and that it it. It is thinner (half shell on USB). Even so the chip only takes half the stick. It is also 32GB.

But even that is clearly 3 years old from the date on the chip! It looks like the previous one is 2009 so 2 years difference between these two solutions.

When I think back to the computer we had at school, we were lucky to have 16K of RAM, and that was probably slower than this :-)

There is, of course, still one invaluable tool I carry which Victorinox do not do in their penknives...