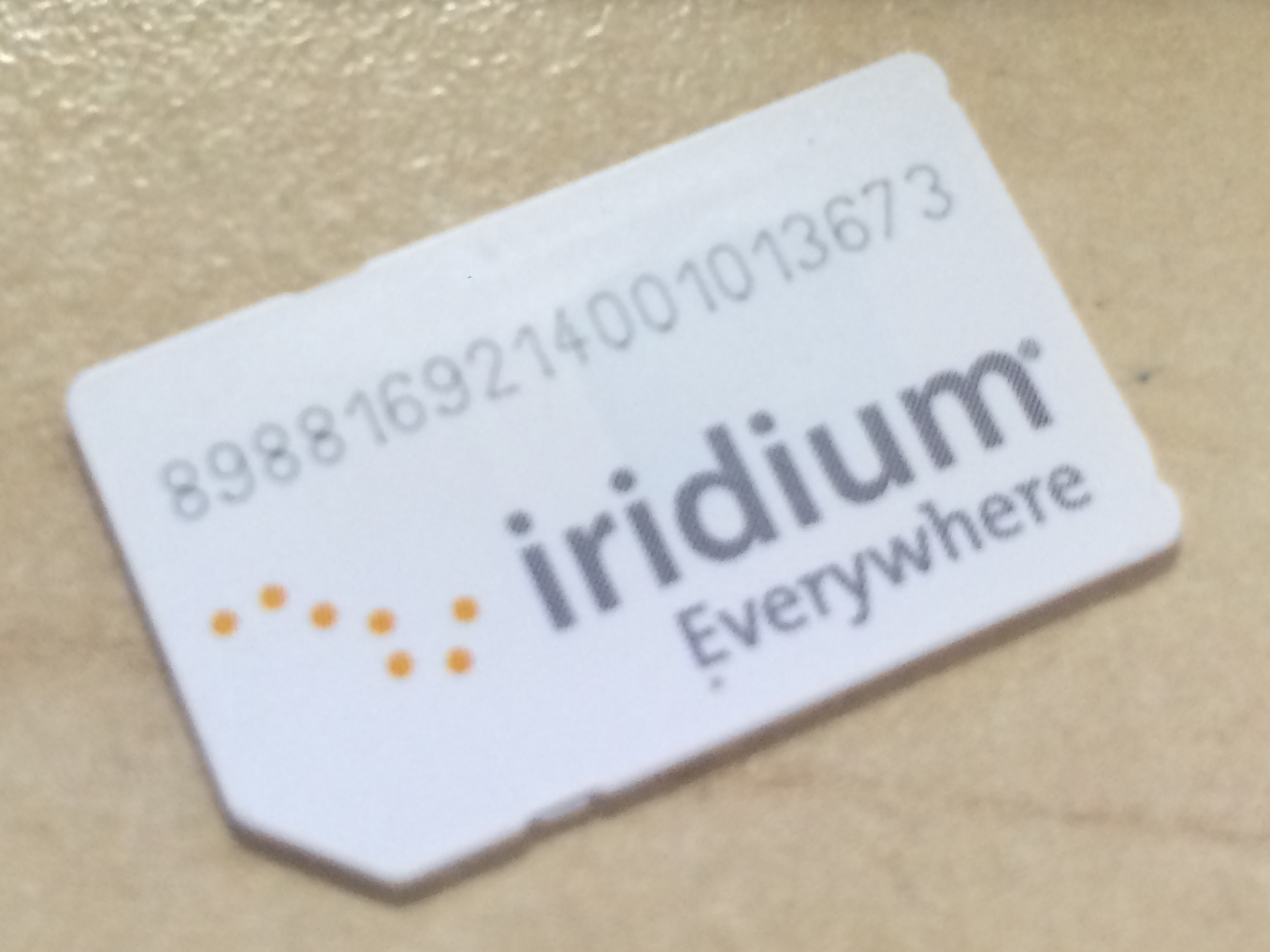 I have to say that I am very very unimpressed with this bunch. I'll keep it to the facts though.

Their web site lists the Iridium Go! and the Iridum postpay packages. They have a package that was listed as £99/month, 3 month min term. This includes unlimited data (at 2400bps) and SMS at $0.00 (free).

I got the phone and the SIM, and all fine. I have spent weeks on this testing, and even set up a google maps based tracker for SMS based location updates. I have created a custom connect script on the mac to allow me to use it to ssh. It works. I was, today, going to take myself to the middle of a field with the laptop and a satphone to test.

But I had a minor query on the invoices and the fact that the amounts in pounds on the invoices did not agree with the amounts charged to my card (by quite a lot). They invoice in dollars but (as they must) show GBP NET and VAT amount. It turns out this is just an estimate and out of date, and then will not agree with the card charge as they charge the card in dollars! What is worse is that they tried to "fix" this by loading a different exchange rate and re-sending already issued VAT invoices with different GBP NET and VAT amounts! So what did they put on their VAT return? Even so, the amount does not match the card charge at all (not by a few pence but by 7%).

It was actually rather odd when I ordered as the order was in GBP, the order confirmation in EUR and the invoice in USD! The ordering was not good anyway as they did not ship the day I ordered, but next day; and then the SIM was not active but no clue that I would have to ask for it to be activated; and then it took all day to activate... So overall, not good, in my opinion.

So, I tried to get them to sort this and they threw their toys out of the pram - credited the service charge (around £150 for 1.5 months) and cancelled the service with no notice. This is a service that has a three month minimum term and for which we have not been in any breach of contract. They have no basis for doing that!

Copies of the duplicate but different invoices have now been posted to HMRC suggesting a VAT inspection may be in order. Hopefully that will buck up their ideas and do business properly after that.

Why do people get in to business if they cannot handle something as simple as VAT invoicing?!

Thankfully, it turns out that one of our customers sells Iridium SIMs, and a new one will be here today. Phew.
at September 17, 2014