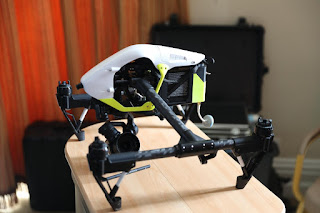 There was one other useful (and cost saving) point. The PFAW is something the company obtains, having produced an operational manual. It can then engage any pilot that has passed the theory and practical tests. This is slightly odd as part of the practical test is confirming we can follow the operational manual, when in theory we may not know who we are going to work for an what operational manual they will have! It is also the company that gets the commercial drone insurance. Given we are training two pilots, this does save some money.
at June 22, 2016