We live in interesting times

I had a meeting today - it was actually one relating to the new FireBrick development, and one of the things we were looking at were some of the drawings.

One of the drawings was of a simple plastic cube with some holes drilled in it. I won't bore you with the details of where it goes in the final product...

Well, I could not pass this up, so I opened my laptop, made the object in openscad, and sent to printer.  The design was literally a handful of lines of openscad. It meant that during the meeting we had a prototype of this thing in a matter of minutes. These prototypes can now be checked that they align with the other parts correctly, and tested.

It is an amazing time to be alive when you can do things like that. 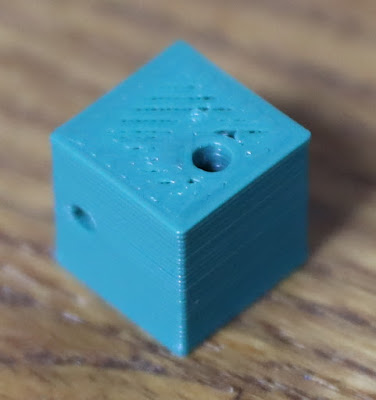