I am perhaps old enough to remember when, in general politicians did not outright lie.

OK, bear with me, usually they have speeches and statements written in advance, and carefully checked, by staff with a lot of experience. I mean mistakes can happen, but for a career politician in an high office there is no excuse for that even.

The wording would normally be very careful, and in spite of flunking English language badly, I learned long ago to listen to the choice of wording used, especially by politicians (and on adverts). Note when the wording is not how it would "normally be said". It usually means there is some subtle wording to ensure that what they say is "technically correct" (in the worse sense of that term).

Sadly, it seems that outright lies are more common, accepted, and even expected. This seems to be particularly bad with Trump and Boris, or at least that is how it seems to me (see what I did there?).

What we have had over the last few days is perhaps one of the worst examples, because clearly a lot of people believed the lie.

For example “We have taken action by the government stepping in, making sure that nobody is paying fuel bills of more than £2,500.” (reported here). The "per year" is implied, and they could weasel on that one I guess. This was not "we plan to", but a statement as "fact". And a lot of people seem to have believed the statement (see here). Indeed, it seems some people are cross how EV car users can charge their car as much as they like and not pay more than £2,500. But it was a lie.

Even "fuel bills" is bad: does that include a petrol car? And the fact there are people that buy gas in canisters, and heating oil, or even wood, are not included in this, is also somewhat bad when using "nobody" in such a statement.

This was refined, but the wording is terrible. We now have: “That’s why we took action to make sure people aren’t paying a typical fuel bill of more than £2,500, that’ll come in on Saturday…” (reported here). Well, "typical fuel bill" is vague at best - one could assume it is "typical for me"... Which is wrong.

But it is worse, we also have: "The decisive action we have taken means that no family will be facing a typical fuel bill of more than £2500, not just for this year, but also next year", (reported here). This time we have the clear "no family". So even if one family faces a "typical bill" of more than "£2500" then it is a lie. You cannot talk of overall average or typical and use "no family" - it is like saying "nobody will have less than average fuel bills". Lots of families typical bill will be higher than £2500. So yeh, lies again, even though they had time to correct the "mistake" of the previous lies.

Is it just me that feels such clear lies should have some accountability, some cost, some penalty? 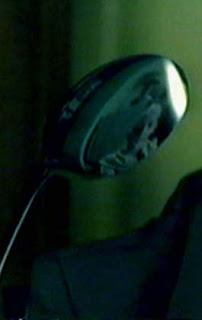 I hope people know this now, but the cap, as of tomorrow, and as it was previously, is "based" on an "average" household bill for the year, i.e. average of all households in a region (as I understand it), but what is capped is actually the per unit usage and per day standing charge. Use more and you pay more - use less and you pay less.

Also, the "cap" (from tomorrow) is quite a bit higher than now, and a hell of a lot higher than this time last year.

Is there a hidden catch?

The fact this is based on average household usage, and even per region, to work out the actual price cap, leads me to assume that if usage changes - if people reduce usage to try and manage some of their fuel costs, then the "cap" will increase to ensure the "average" stays at £2,500. So I would not rule out further changes (increases even) to the per unit price cap during the two year period for this energy price guarantee. It almost makes any collective effort at cost saving pointless. I may have this wrong, but it seems the logical conclusion.