Fun! When I first set up the current clamps, I could not make the figures match my electricity meter. 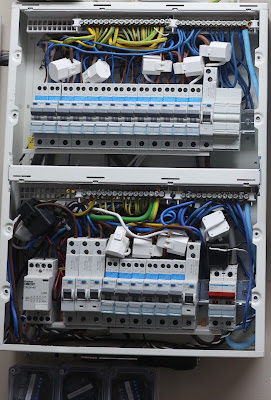 The comments from "the Internet" were "power factor". And so I assumed this was the issue - that the tasmota stuff was giving me reading that I needed to adjust for the power factor (which it also gives me). This did seem to make things match much better.

I believe I was wrong! It looks like the issue is calibration. The instructions for tasmota do say to calibrate, but an initial test I did with a simple hot air gun showed it using about the rating it said it has. So I figured the chips were close enough.

But no. It seems not. And the power factor fudge was wrong, and unnecessary.

So I got a "resistive load" to test. Look them up, they cost thousands. Unless you just get a two bar fire from Screwfix for £14.99... 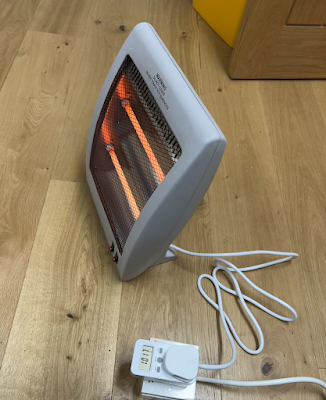 Having a power factor of 1.00 I was able to more accurately measure voltage and current and confirm the settings and calibrate the power meter. It confirmed that it was about 25% out.

The result is that now, without trying to apply power factor stuff, I get spot on 220W for my network stuff, which is what I added it up to. And the power usage totals over night by the hour match my electricity meter almost spot on.

This makes me happy as the reported power factor for my network stuff was 0.6, which means I was expanding the usage way more. In practice the usage is not bad at only 220W. Yay!