You learn something every day (law)

By my age people usually have a reasonable grip on how things work, in this case basics like contracts and law. No, I don't know every law (even though I am, in theory, expected to!).

But one principle which I thought I knew was that it is the person that breaks the law that gets punished, not someone else. Yes, there are situations where another person may also break a law by "conspiring" and so on, but I mean a case where one person is punished for another person's wrongdoing, when the first person played no part in it, did not encourage it, and was not even aware of the wrong doing having happened.

Being the "keeper" of a motor vehicle has various responsibilities. These include things like paying Vehicle Excise Duty, ensuring the vehicle is insured or SORN, etc, etc.

It is not the same as being the "owner" or the "driver", although in a lot of cases all there are the same person.

But even as a "keeper", and even with those responsibilities, you are not liable for the actions of the "driver". If a "driver" speeds, your responsibility is to say who the driver is when asked. That is what being "keeper" requires. This fits with the notion that you are not responsible for someone else's wrongdoing.

Even if you don't say who was driver, unless the vehicle was taken without consent or some other excuse, you can be punished (fined), but your are punished for not saying who the driver is. You are not punished for what the driver did. Indeed, in some cases, such as where a vehicle has a company as a keeper, it can be a lesser penalty (just a fine) to deliberately not say who the driver is. Doing so deliberately could be perverting the course of justice, but hard to prove.

This even applies to things like "contracts" for parking. The driver enters in to the contract, not the keeper. The keeper plays a part in tracking down the driver - the parking firm can ask who the driver was, but it is the driver that entered in to a contract (and presumably did not follow the agreed terms, creating a charge).

However, to my utter surprise, there is an exception.

It seems you can be liable to a penalty for something which someone else does, that you did not do, did not condone or encourage, did not even know about. And indeed, the person that did the wrongdoing is not liable in these case. 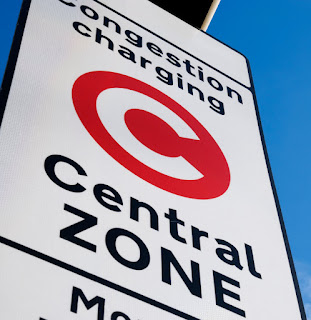 Yes, that seems completely crazy to me, it seems to be a broken law. Indeed, I would hope one day someone challenges it. It breaks an important principle that you are not another persons "keeper" (even if you are a keeper of a car).

For congestion charge penalties the keeper is liable, expect for a few special cases. Not being the "driver" is not one of them.

Now, some have argued that congestion charge is not a penalty, it is a road usage fee, much like VED. Which is fair enough. And a responsibility to pay for that being with the keeper is not perhaps that unreasonable. You pay to allow the car to be used in the congestion zone, much like paying VED.

The issue is when someone drives in to a congestion zone without paying the congestion charge. It is the "driver" that did the wrong thing here, very clearly, not the keeper, I feel.

Yet, surprising, the penalty for this wrong doing falls on the keeper, and not the driver. The keeper cannot pass this on by reporting who the driver was. That is crazy.

How is that not a seriously broken law? 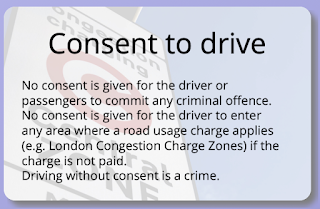 There is a way out, but not nice. There are special cases for hire companies, but not simply lending your car to a mate. For that you could make it clear they have to ensure congestion charges are paid as a condition of "consent" to drive the car. Perhaps a card on the dash board or a recorded conversation so you can prove it. If you can show the driver was driving without consent then the keeper is no longer liable. The catch is that immediately makes the driver liable to criminal charges for driving without consent. This is very different, you don't give a driver "consent" to speed, for example and it is not assumed you did, so the driver is liable. Why would driving in to a congestion zone be any different?
at September 06, 2022