I now have a shiny new hot end 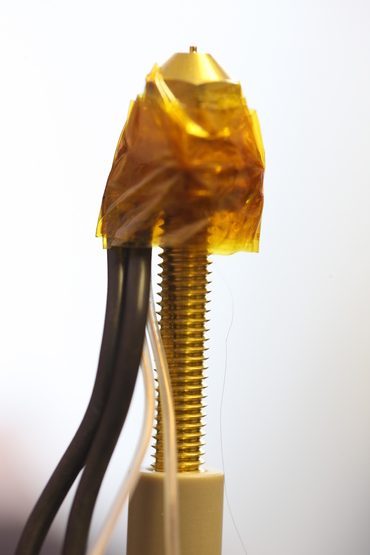 Well, how else would you put it?

I works. Now I can get back to solving other problems. Tried printing something last night and it took 6 attempts before I realised my Z axis was slipping.

It also seems a tad silly running the Z stepper on 1/8th step making 1280/mm when it only ever moves 0.4mm at a time. I changed to 1/2 step (I tried whole step but that is noisy!). Someone (on the internet) suggested it would have more torque like that but [citation needed]. I may try changing the X & Y to 1/16 rather than 1/8 tonight as they are 40/mm which seems a tad course and they do not need anything like the same torque to work.

But right now I am printing too hot (one of the things I tried last night was printing hotter). So nearly printed a whole thing but eventually the hot end bunged up and the edges curled up (even on PLA!). I'll go back to 190C and see if that solves it.

Your hot end will stop working for various reasons. If it cannot extrude for a while (my Z axis slipping meant the nozzle was pushed up against the previous layer), or if it is too hot, you end up with the hot zone being too far up the hot end and not able to push the plastic through. So you have to clear it. That means disconnecting it, and, while hot, using a long No.4 allen key to push out the PLA through the nozzle, and then reassemble. The risk of burned fingers doing this is high, and you want to avoid it happening if you can!

One idea of using a pin to clear the nozzle was not good and one reason why my previous hot end was a bit ill, as the pin was 0.6mm and the hole was 0.5mm diameter. It seems just clearing the plastic from the hot and and starting again is all you really need to do.