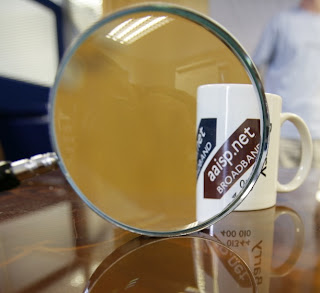 Horrid title, but what we are talking about is the latest in a long line of attempts by the Home Office to have a means to track what people do and where in terms of communications. The Communications Data Bill.

Open Rights Group have more on this.

You can see why they would want it, and the usual example is, of course, a terrorist incident. It would allow them to track who was talking to who, and where they were. Not quite as far as "what they were saying", but quick and easy means to search lots of operators for calls, emails, chats, tweets, and so on.

Of course, fewer people are killed by terrorists than speeding police cars (made up statistic, but I bet it is true, can anyone find stats on this for UK?). It is a scare tactic if anyone talks about terrorist - the clue is in the word (terror). The fact is that terrorists are just like any other criminals, only they are less of a threat that car drivers by several orders of magnitude.

Putting that to one side - what is bad about the Bill itself. It is the latest in a long series of attempts to get this stuff in place. Essentially they used to be able to get phone records, which was fine when all calls went via BT and phone calls were the only real way to communicate in real time at a distance.

The environment has changed - phone calls are on the demise, and handled by many operators and use lots of protocols and equipment. I make phone calls rarely myself, and when I do it is rare for the call to leave a network I or the recipient control, so no logs, even with this new Bill. But I have conversations with friends that involve, in the same conversation, a mix of in-game (WoW) chat where one is playing and one is using iPhone chat app, iMessage, irc, Facebook, phone call, and face to face.

So the idea, from a technical view point, of tracking what people are doing is a nightmare. This is made even more complex with overseas providers like twitter and Facebook.

Of course, collecting data can create a web of connections between people - apparently the president of Nigeria and I are frequently communicating, so that makes perfect sense! Yes, junk mail, will be in their data. Of course it won't (can't) be illegal to deliberately poison their data by creating emails between people, and the Bill is so controversial this could happen using a deliberate virus. Not seeing the content of emails, only the "Communications Data" makes it impossible to tell fake from real communications.

They have suggested that ISPs can intercept the communications to record some of the data. This is not easy, and goes against some basic principles of mere conduit. It is also impossible when there is encryption, which, since this whole idea kicked off has moved from rare to standard to mandatory for many applications and web sites.

This will be the first time the government is forcing private companies to snoop on citizens who are not even suspected of a crime, store that data, and allow the government to search it at will. It is a proper "police state". I was never too hot on history at school, but even I know where this ends up.

Lets not forget that all this snooping invades privacy of innocent people whilst doing nothing to catch "bad guys" who have the slightest clue. My understanding of things around 11/9 are that terrorists knew tricks then, like making draft emails and not sending them but logging in to read the draft and deleting it. I am sure that these days they will easily be able to use a range of encrypted communications means that will be off the radar. It is so much easier now.

They need to understand that they have lots to technology - Yes, they want to be able to snoop, but they can't. It won't work. This is not just something like the German's using Enigma in the war - the basic technology for powerful encryption is in every phone in everyone's hand right now. Make the citizens the enemy here and they have the means to fight back. Make something illegal and it goes underground (the US learned that with prohibition). They have to accept that people can, and will, communicate.

What is slightly ironic is that people also state so much publicly these days that the stupid criminals (the only ones they have a hope of catching with this Bill) will probably boast of their crime on twitter of Facebook for all to see.

We need to make the politicians realise they are wrong. They work for us, not against us. We are not criminals or suspects and have a right to privacy.

If this goes ahead we'll have to get a lawyer on staff to help us structure new services that bypass these new laws. We are putting encryption in our FireBricks. We can set up off shore Internet access endpoints via arms length companies. It can be done. We can make a way to provide proper Internet access that is snooper free. Commercially we should welcome this Bill as it allows us to sell such services, but we would rather not have to.
at April 23, 2013