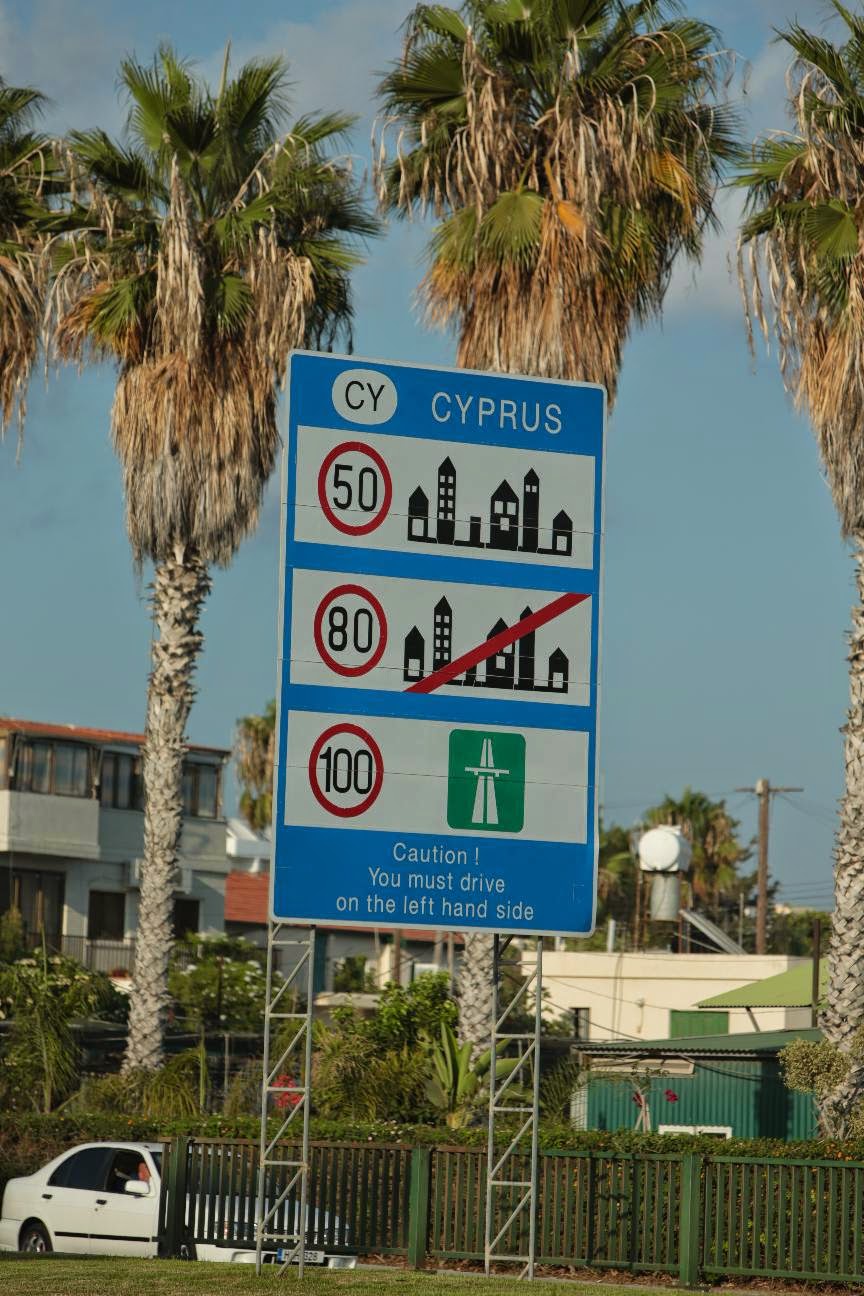 We went to Cyprus for 2 weeks. Nine of us. A villa near Coral Bay (South Cyprus). It was hot!

I am the odd one out because I really do not like hot countries - I kind of went because I was the one paying. To some extent James is the same in disliking the heat. So I spent most of the time in the villa, with air-conditioning and Internet. I got some work done, so did James. I also read some books. I re-read The Long Earth, and then read The Long War and I am just finishing The Long Mars now. Good books. So that does mean I did take some time to relax, just not in the heat and sun like the rest of them.

Cyprus is an odd place, not just because of the politics of the island, but is seems somewhat run down. They are clearly trying - lots of new road developments and new shopping centre in Paphos, and so on, but the overall impression, as Louise put it, is "shit hole" and I am inclined to agree. So if all you want to do is sit in the sun by the pool all day, it is fine. 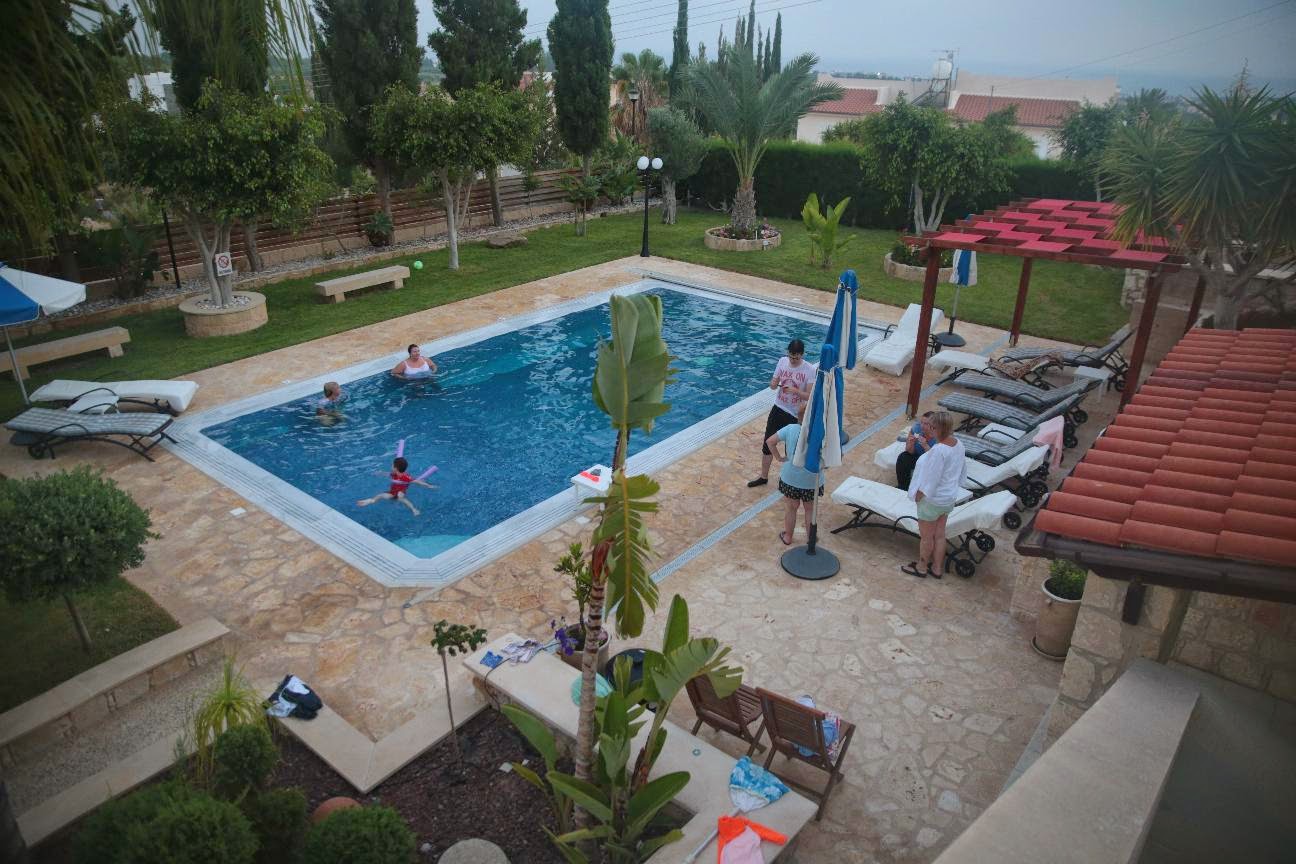 There were problems, as I have blogged. Aircon in the bedrooms on a 4 hour timer which therefore does not last all night (easily defeated with a bit of card to jam the button), no air-con in the main villa until we paid €250 extra. But once sorted it was OK. The bed is really terrible - and even though I brought my own pillow, I will be very glad to get back to my own bed at home. The internet broke, and I got a tad cross with the rep and the ISP insisting that "the Internet is getting to the Villa" when the modem was clearly out of sync. Eventually the owner came in and moved the modem to another phone socket - which I would have done if not for the neatly cable tied wiring behind the TV which included the modem PSU cable. That fixed it, which makes me wonder if the owner knew he had an iffy phone socket. Next time I bring a few tools! We even had the kettle break, but actually Villa Plus were very quick to sort that after I emailed them. The whole thing with the toilets is gross. But overall, I managed to get work done, relax, read a book, and have something of a holiday. I even went in the pool a few times, just after sun up when nice and cool. The OtterBox iPhone case is great for underwater photos!

Internet on the island is a bit iffy. There seems to only be CYTA (perhaps they are a monopoly), and mostly it is ADSL2 stuff. The villa was around 4Mb/s downlink. However, the Internet was really congested, especially in the evenings. The latency off the island was at least 100ms. I set up a FireBrick, which surprisingly was able to do direct PPPoE via the modem/router and was even offered a (not routing) IPv6 prefix! IPsec back to reality worked well enough. Mobile data worked, but was even more congested, sometimes unusably slow even on a really good 3G signal. Yes, our O2/EU roaming SIMs worked (at 10p/MB) which worked out quite sensible and allowed us of maps and so on while on the road.

Every restaurant and bar has free wifi. This is increasingly common in general but especially in touristy places like this, so no surprise. Very unlike the UK there were almost no captive portals - we saw one that was simply to get a password, and not to capture email or force agreement to terms. In general the wifi was simply passworded, usually with the name of the restaurant with a few digits like 123 before or after the name. One was just the default CTYAxxxxx SSID of an off-the-shelf CYTA DSL modem and the incomprehensible sequence of letters and digits that is no doubt the default password. Many others actually had the name of the restaurant/bar as the SSID. However, pretty universally, even these were in front of a standard CYTA DSL modem/router which is on 192.168.10.254 with username "cytauser" and no password. Where an additional AP existed it was typically an extra layer of NAT on 192.168.2.x or 3.x or similar, but still allowed one to get to the DSL modem/router. This allowed you to see, and even change, the password on the CYTAxxxx SSID! It also usefully allowed me to see the backhaul speed/type. The modems were usually ADSL2+ with a few mega. The fastest we saw was in Paphos at TGI Fridays which was actually VDSL at 25Mb/s! 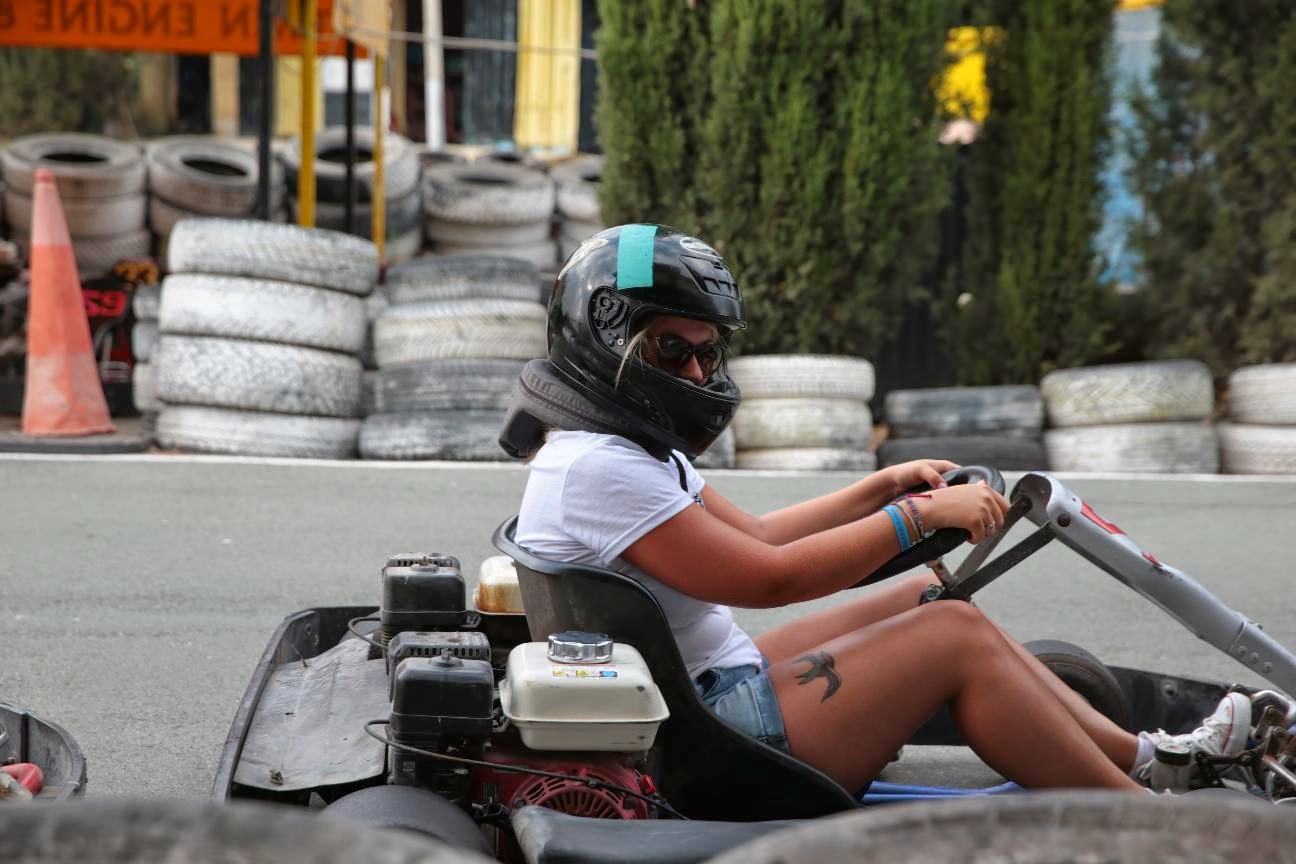 Anyway, we did slightly more than just sit by the pool and go to restaurants. We also went to a go-karting place in Paphos. It was a cloudy day, thankfully, so a tad cooler (e.g. only around 30C). That was fun (I watched, I did not kart!). We went back on Friday but this time we came prepared. For a start I brought the 70-200 f/2.8 IS lens, and went up stairs to a better vantage point for photos. We also set up iPhones with headsets and TeamSpeak as a pit radio. This allowed me to advise James of lap times and so on, including things like "Contact between car 52 and 53 to be investigated after the race" when G and Mikey collided :-) Sadly teamspeak does not push-to-talk using the headset button, which would have been really useful. James also found a video app with telemetry recording, but failed to run it!

Some of the group took Bobby to the zoo. Do not be fooled by the elephant symbol on the signs, and even pictures of elephants on the posters and adverts - they don't have one! But they had fun. It was way too hot for me to go.