BT can fine you for getting broadband elsewhere? 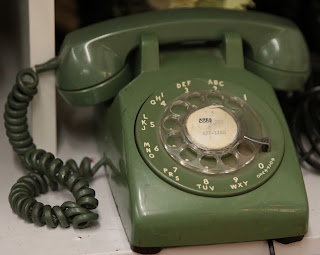 OFCOM have announced some changes which seem to allow BT to fine people for getting broadband elsewhere!

Basically, if you have a phone line only from BT, with no call packages, it is likely soon to be available for only £11.99, which is great.

However, if you then come to someone like AAISP for broadband, then BT will hike your phone line price up to £18.99 because you dared to buy broadband from a competitor.

This seems to be a deliberate move by OFCOM, which is really weird as OFCOM actually state "Ofcom also wants to help people who buy a telephone service fromone[sic] provider and broadband from another."

So far on twitter all OFCOM have said is things like "we consider that there is already a highly competitive bundles market offering these consumers better value for money" and pointed back to their web site. They have since confirmed this is what they intend though! It also seems that they clearly recognise that BT will offer a "bundle" which will effectively negate the £7 price hike if you go with BT for phone line and broadband. Also, their tweet makes no sense as "these customers" are those wanting phone line from one provider and broadband from another. These people cannot get a "bundle" for the two because they are different providers. These are the people OFCOM claim they want to "help".

It is no different that saying BT can increase line price if you buy a mobile phone from someone else, or buy a particular brand of washing powder. It makes no sense.

It is also not clear what BT customers, that do not make calls, get for this extra £7/month exactly. After all the broadband side is paid by the other ISP independently. If customer get no more service from BT for this extra money charged then it is just a fine, plain and simple.

Assuming this insanity goes ahead it really is unclear how the actual mechanics of it will work.

It is not clear if OFCOM expect ISPs like AAISP to warn potential customers of the BT fine when buying from us. I doubt the availability checker tells us that this will happen, so that will be difficult. Maybe that will be added to the checker so we can warn people. I can imagine ADR cases over this, and we'll have to start "by buying broadband from us, BT retail will fine you £7/month by way of extra line rental - are you sure you want to go ahead?". I suspect the ASA may even have something to say if we did not include that cost in adverts.

It is not clear how BT will do this in their contract with the customer. I mean, what if a husband buys phone line from BT and the wife buys broadband from AAISP on the same line. Husband won't have broken any contract with BT, so why the penalty? Also what of a case of someone that buys phone line only from BT and their employer buys broadband (from other ISP) on the same line for working at home? Will employer be expected to compensate the employee the extra £7/month in such cases? Will that be taxable benefit in kind or just expenses?

It is not clear how Openreach will notify wholesale line customers when broadband is "attached" to the line so that they know to hike the price. I have not seen B2B/XML messages for that yet. Or will there be a new Openreach service to block ADSL or FTTC being added to a line? That will be tricky when moving line and broadband in one go.

Importantly it is not at all clear how the hell this cannot be seen as hugely anticompetitive and damaging to smaller ISPs that use Openreach lines for broadband, especially those not doing wholesale line rental.

What gets me is the clear and obvious group of people that want a "phone line" only tariff in the first place, i.e. no call bundles, are people that want the line only to support broadband, yet OFCOM seem to try and exclude exactly those people from this arrangement. It makes no sense at all.

Small ISPs without wholesale line rental packages are going to be screwed. And those that try to take it on face a nightmare of R&D for B2B XML and way more if they try to offer calls as well.

You could argue that I am, being daft - AAISP offer line only for £10 so we are competing with BT on the line only part, why would I want BT charging less? The simple answer its thinking of out customers who should not have to change line providers if they don't want to.

It is also clear to me that whether or not someone pays another ISP to put broadband on that line (something the other ISP pays BT for separately) should not have any impact on this. Just as the customer's choice of mobile phone contract, or choice of washing powder, should not impact it.

It baffles me, given OFCOMs stated aim to help people buying from multiple providers, why they have not come to the same conclusion.

What are AAISP doing about it?

I am all for competing fairly, really. I fully understand buying separately can cost more, and if we are one part of that then fair enough. I don't mind competing in bundles. But to make it so that someone buying separately not only has the extra overall cost of doing that, but also gets fined by one of the providers, that is crazy and really seems anticompetitive to me.

We already offer a phone line with no calls for £10 inc VAT per month to support broadband from us. So moving line to us and taking broadband avoids the £7/month price hike, which is good. We don't try to compete on price, but the bundle does not work out too badly even so. But why should people be effectively forced to move the phone line part. We offer no calls, so people that want incoming calls or occasional outgoing calls will not find what we offer suitable. We do offer a package to move a BT number to VoIP at the same time, which helps address this in part. But we don't want to force people to move their lines to us if they don't want to.

If we can tell a customer is on this special tariff when ordering, we'll add a warning about the BT fine. I doubt we'll be able to tell though as I don't think OFCOM really thought this through somehow.

BT have this tariff that is line only, and a condition will be that you must not have broadband on it. I already covered the case of someone else having broadband on it... But...

What if you get broadband from someone via WiFi/WISP or fixed 4G router or even Virgin. Will BT charge more for their line rental in that case too?

Basically the only way this makes sense is if OFCOM consider that ISPs using SMPF and FTTC on a line are not paying their way for that access. Is that really what OFCOM think?
at October 27, 2017