I had an old episode of Stargate Universe on, S1E19 Incursion, Pt 1...

There is a scene where Young vents the air from the room in which Telford is held, killing him, and then he goes in and resuscitates him. This is to defeat the brain washing that he has suffered.... Fair enough, that is the plot.

For a change, the issue I have is not a technical one, but an issue with the subsequent scene between Young and Scott. Here Scott explains that if Young have explained that taking Telford to the brink of death would fix the brainwashing he would be behind him 100%, and Young asks if he has to explain all his decisions, and hopes not as then there would be a "problem". 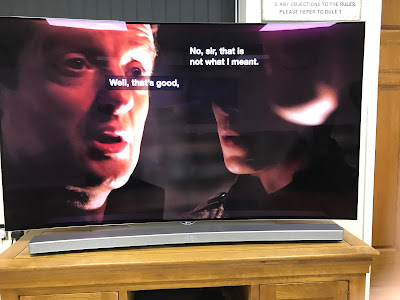 I am wondering why the writers decided to do it like this. Obviously there is an important point of suspense if the audience do not know this is why Young appears to be acting this way, I get that. But why the confrontation with Scott in that way.

After all, the military clearly need a chain of command and soldiers who do not question orders. That stands to reason, but at the same time the military have to operate within certain (somewhat wide) limits, and torturing and killing a prisoner along with a civilian (yeh, Telford was in Rush's body, complicated) is clearly outside those limits. Saying "I was just following orders" is not a good defence, so when that happens it is surely a soldiers duty to question those orders? If nothing else it is pragmatic for the commanding officer to explain his actions if he wants such outrageous orders followed.

The writers could have engineered that Young managed to do this without an opportunity for others to question him, and create much the same suspense as to why he was doing it. The could even have had a more caring "You have to trust that I will do the right thing" type discussion. To me, they created a situation where we now know that Young does do the right thing, and had good reason for his actions, but is simultaneously an arsehole that does not even try to earn the respect of his troops. Maybe that is what they were going for, but it does seem an odd choice.