This is an amazing article on how the vaccine works, and it is so much like computer programming. Well worth reading:- 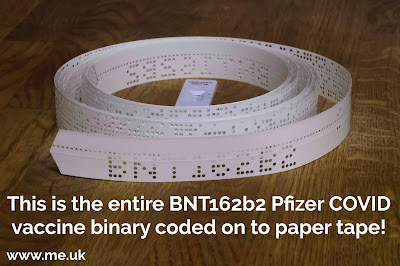 I hope that gives you an idea of how compact this code is, way smaller than any computer anti virus code!

But do read that article, it is amazing! 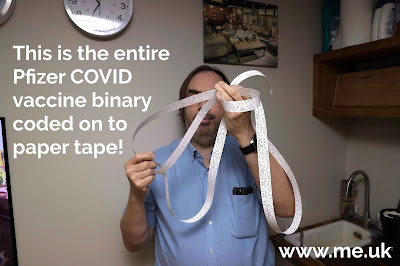 P.S. I used to get berated for being able to read hex ASCII (not as good at it these days), but after taking the above pictures I looked at the paper tape and realised "that's not how an mRNA sequence should end!". Basically, the sequence has padding, lots of As, which translate to 0xAA on the paper tape which is quite distinctive and I expected to see it but did not. It turns out a change to the ESP-IDF MQTT library moved where the default buffer size is set (which limits MQTT message size), and so truncating my sequence by 73 bytes, hence the missing As on the end (and a bit more). The picture still shows how small it all is, as it was only a small amount lost off the end (I had text printed more tape than that anyway on the ends). But for those of you that cannot read the base code of the universe, on paper tape, it was wrong and would not have worked if you injected that paper tape as shown... So don't try it at home.

P.P.S. it is also not bad as a QR code (base32 encoded) - only slightly larger than the NHS covid QR codes :-) 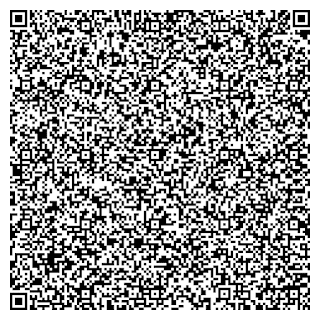