It seems that permits for lorries in to Kent are a QR code as well, and it seems they are really good at validating number plates?! 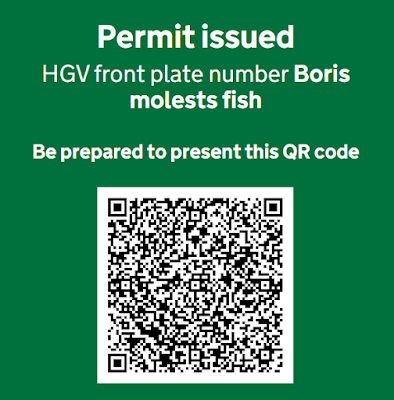 This is base32, which is somewhat nicer for QR code encoding as it fits entirely in the alphanumeric coding (which is digits, upper case, and a few symbols).

It decodes as two parts: some JSON and a binary block.

So, once again, a digital signature, but made to be a smaller code than the NHS codes.

Email ThisBlogThis!Share to TwitterShare to FacebookShare to Pinterest
Labels: QR