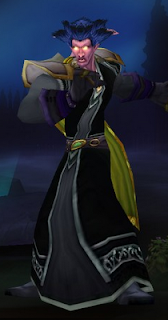 Which leaves me pondering the holiday we have booked.

Given that it was somewhere hot (Greece) my only real stipulation was that it has air-con, Internet and alcohol. Apparently what we have booked meets all three criteria.

Now, do I try and engineer playable WoW machines of some sort as well - that is the question. I believe there are some laptops designed for serious gaming (and no, I am not a serious gamer, you know that)... I'll have to investigate.

P.S. have you ever tried telling Siri to send "level 40" in a message? It sends "level XL". I wonder why Siri thinks "level" prefixing a number should convert to Roman numerals. Odd.