Welcome to the future! 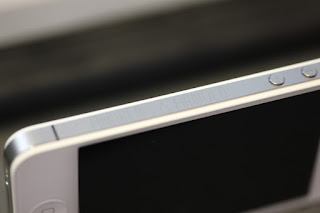 I have had an iPad for a while, but for some time now I have used a sonim as my phone. They are nice, and (except for teenage daughters) indestructible. However the microphone was getting iffy and so I went for a new phone.

I got an iPhone 4S, which is, I know, turning to the shiny side. It does seem to work as a phone, which is good.

The iCloud sync to the iPad is nice - I add new contacts to the iPad as the keyboard is more usable, and they appear on the phone. That is indeed cool!

I am however reminded of how much things have changed - even just during my lifetime. There have been authors writing about the future for a long time, whether Jules Verne, H G Wells, or Gene Roddenberry, they have envisioned the possibilities, often with no consideration to the laws of physics. And whilst some of their ideas are just too fanciful, we are seeing so many of them come to life in the last few decades.

I feel luck that I grew up just as the latest explosion of invention and innovation took off. I think the late 1800's were similar in some ways - an exciting time to live, but the last 30 years or so have been amazing.

When I was at school we had the very first home computers. Atoms, TRS-80s, and even ZX80s. I recall cycling to school with a TRS-80 and a b/w TV on the back of my bicycle on more than one occasion. We had no mobile phones - but I did have a CB radio. We had no Internet. I recall a TV series about one of the first space policemen, and he had some experimental device "box" that allowed him to just ask it to get information. The iPhone just does that, and a fraction of the size. At the time it was pure science fiction, not just in the communications technology, but the information technology, both of which teenagers just take for granted now.

But really, the likes of an iPhone are just so far beyond the wildest dreams of those days, even science fictions writers could not imagine.

One thing that is amusing is old star trek episodes. They envisage matter transporters and communicators, but still had switches and buttons. Back in those days the controls of anything were the buttons, levers and switches that made things happen directly, or via simple electrical connections. They could not envisage the separation of control from action we enjoy today. The idea of a keyboard or mouse was beyond them as they could not see what they would do. Yet even now, we are seeing the demise of the keyboard and mouse for the intuitive touch screen, voice recognition (which they did predict) and gesture controls. We live in a changing world.

I imagine, as voice understanding (not just recognition) develops over time, we may see the keyboard and mouse disappear, a transient stage between "real" switches and buttons, and computers that really understand us. The idea of typing will become a relic of history.

For years the idea of video calling was science fiction, but it is happening now. I spent some time on a video call the other day discussing how, if that had been a "real" phone call, it would have been much more expensive than the video call!

So, the business cards now have iMessage and FaceTime icons on them.