You canna change the laws of physics, captain! 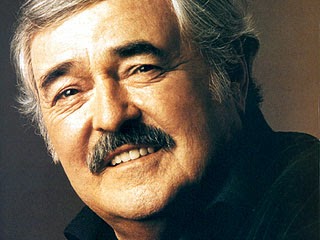 Having blogged about the fact that the rules and laws which we follow every day are all man-made and enforced by man (so think outside the box occasionally) it is worth writing a little about laws that are a tad harder to ignore.

It is strange to me that any of this may need explaining, but I see people on the Internet, and there is every sort of person out there, and I realise that some are perhaps a tad confused still.

So this post is about other "laws", the "laws of physics", or perhaps the "laws of science"... But I am not going to get technical, don't worry.

The first thing to realise is that they are not "laws" in the same way as those set by the government. This is not a set of rules that stuff follows. Stuff does not fall to the ground because of a law of gravity (or intelligent falling). Stuff falls to the ground because that is what stuff does. It has been observed for hundreds of thousands of years by man (yes, man has been around a long time, honest). The youngest of children, before learning to talk, will observe gravity in action and expect that this is just "how it is" - they won't even question it.

So we talk of "laws of physics", but there are no "physics police" to enforce them. Things cannot ignore those laws. The "laws" are actually just the rules we have invented to describe what stuff does. It is what stuff does that comes first, and not the laws we have written. I think I am repeating myself, but it is an important point. For man-made laws, we make laws and people follow them. For science, we see what stuff does and we make "laws" to describe (and hence, hopefully, predict) what stuff will do. It is the other way around to man-made laws!

Another important thing is that these "laws of physics" can change (sorry Scotty). But again, realise, stuff does what stuff does - all that changes is our understanding. The rules of "what stuff does" do not change, only how we understand it. Though, to be honest, it is just an assumption that the rules for what stuff does is the same everywhere and forever - but that assumption seems, so far, to be correct, and reasonably intuitive.

There are some simple examples. As a kid you realise that stuff falls down, simple. But one day you get a helium balloon at a birthday party and that blows that theory out of the water - this is some stuff that goes up - WTF? So you have to re-think your theory. You may just change it to "most stuff falls down" as a kid. Now, what has actually happened is that we have worked out some quite sophisticated rules that explain what stuff like gravity does. We can use those rules to predict what would happen if we shot a rocket in to space or put a communications satellite in to orbit. Those rules, or laws, worked well enough to allow us to do those things, and the result was as we predicted. It is the ability to predict what will happen that is key to the usefulness of all laws of science.

Over time we tend to refine the laws we have created. It is not so much that "science got it wrong" - it tends to me more that there are some subtleties we did not understand before. Einstein messed up some of the previous laws that Newton had worked out. Newton was right for what he could observe, and made some rules that almost always explain and predicted stuff - but in some extreme cases those rules did not quite work. Einstein came up with some fine tuning that allowed us to understand a few more things, and that was important when GPS satellites were launched - they went fast enough around the planet that corrections are needed for relativity. That is perhaps a tad oversimplified, so sorry to the physicists that are cringing at my explanation.

The basic rules we have now are pretty good - indeed, for most practical purposes Isaac Newton had it sussed over 300 years ago. Even so, we try still to understand some of the deeper rules that explain the way things work at both a really detailed level (sub atomic) and the really big level (the creation and behaviour of the cosmos).

But science is always trying to test itself - and this is important. Whilst we think we have things like gravity well sussed, scientists are more than happy to consider new rules that may apply, and test them. If they prove correct, and change the previous rules, then those rules get changed. Science is not trying to write the laws the universe follows, it is trying to understand how the universe works and document it. The more a rule or law is seen to work and seen to predict how things work, the more credibility it gets. But it only takes one example to disprove a law of physics - just one. If someone finds a repeatable example (experiment) that was to disprove Einstein then that would disprove it. The fact that laws of physics have such high standards - never once disproved - is why they are such good laws, and why we believe they are correct (for now).

Now for the preachy bit: The other good thing about scientific laws is that they require no faith. The objective is simply to understand and document the thruth of the universe. The truth of these laws is evident and testable, and tested. Faith requires no testing, and even prohibits being tested in some cases. Science invites being tested, and even invites change if it is wrong.
at October 10, 2014