After the F1 in Texas, which was a bit of a fiasco, but ended reasonably well, we went on to New York. I watch too much Futurama not to call it "New New York" occasionally. We stayed at the New Yorker Hotel (just by the future site of Madison Cube Gardens).

It is the first time I have been to New York. The reason behind it all is that Sandra has always felt a bit cheated that we married in a register office and she did not get (as we could not afford) the whole white wedding thing. This year (Tuesday) it is 25 years, and so she wants to organise a blessing (which will be some time next year) and do the whole white wedding that she always wanted. Thankfully it is still me to which she wants to stay married :-)

The down side is that she has been watching "Say yes to the dress" and "I found the gown" on daytime TV solidly for about the last 6 months! You can see why I wanted a "man cave" with its own TV now. They booked an appointment in Kleinfeld's. I have not seen it, but a dress has been picked, and paid for (ouch) and will be ready in a few months. Yes, she will be flying back for a fitting. It is a new designer dress and she is the first to order this one. 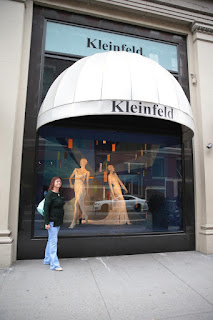 New York was interesting - we got the hang of the roads quite quickly - I commented that London cab drivers have to learn loads of roads and routes but New York cab drivers just have to be able to count.

Trying to get cereal and toast for breakfast was impossible (I even had my marmite, but no luck).

We went to a show (Something Rotten) which is really funny. We got soaked on the way back. We saw Times Square. We even went to an Ice Hockey game at the Barclays Centre (who don't like it if your camera lens is over 4"). I got a cold, and so picked up some industrial strength sudafed which required passport and signing disclaimers and so on - but works well. Sandra has a bad cough too - but did get soaked in Texas and New York, so not that surprising. We abandoned doing Empire State building because of queue and price. We went to Macy's, shopping, several times! They had a buggy ride around the park. We did a lot of walking all week.

I left my Tempur pillow in Texas - idiot! Managed to get another one in New York. 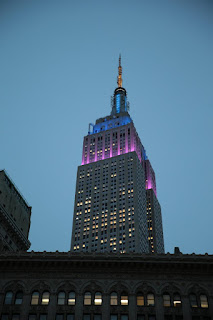 Our A&A voice SIM cards do work in US for calls, texts and data. There is wifi pretty much everywhere - even so, I used the SIM for maps when Victoria was driving in Texas, and that quickly costs (it is around £2.50/MB). Once we got to New York, James and I both got T-mobile pre-pay SIMs with 3GB of data for $40 and used that when no wifi.

BA were terrible - the flight out to Texas was a new plane (LCD window shutters even) but the staff ignored people's call buttons, spilt tea on Sandra, and were generally crap. One passenger managed to be sick, and was sort of stick, call button was ignored for about half an hour - when we realised what happened (sat across aisle) we (well done Mikey) ended up helping him out. On the way back from New York the plane was older and the staff were just as bad, if not worse. They had over booked the flight and could not even seat us together. World Traveller Plus (their premium economy) did have bearable leg room though, just. Even so, I have to question whether BA is a good choice for such flights in future.

Getting in to the US was slightly better than previous trips - more ETSA terminals, and they worked this time. Even getting back in to the UK was a tad better (Heathrow) with more ePassport terminals that were a bit quicker.

One thing that I really dislike about US is the tips. It is bad enough that prices are before sales tax, but then they have "service charges" on things. They make like they are optional, but try and guilt you in to paying tips saying the staff rely on them - so basically saying that they do not pay their staff properly and that is somehow the customer's fault. I am happy to pay extra, a tip, for exceptionally good service, but if it is a necessary part of the price - then damn well make it part of the price. One place I handed over what worked out around 15% tip as that was convenient number of $20 bills - they came back as we were leaving pointing out it was below the 17.5% "guide" tip by a couple of dollars. I did ask if it was mandatory and they said it is "typically" 17.5% unless there was a problem. I was cross, said the "problem" was "questioning the tip" and hander her another 5 bucks, but as I left I was kicking myself for not saying "if it is not mandatory then now, because you have tried to embarrass me, there will be no tip - give me change". Why the hell cannot people simply state / agree a price and be happy to be paid the agreed price, with any "tip" only for being exceptional. US companies should damn well pay their staff properly in the first place!

Update: Wow, tipping came from prohibition and bribery and really should be abolished - see this article and great video!

However, we are finally back in the UK - and as always - happy to be home. 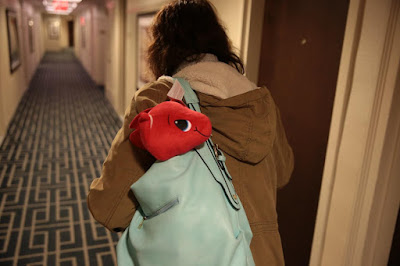