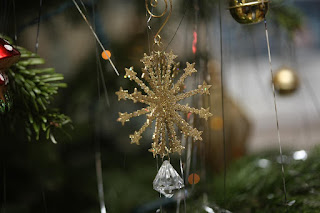 I am with Sheldon on this. The only gifts that really work in such a scenario are the unexpected gift that you would never have thought of or realised was possible, where the cost is not known or not relevant somehow. I was impressed that Sandra was got a signed copy of a script for her birthday and only wish I had thought of that. I once got someone a radiation counter! But still, why not get such gifts when you can, rather then delay them to some specific date?
at December 21, 2015