We must all be better than average 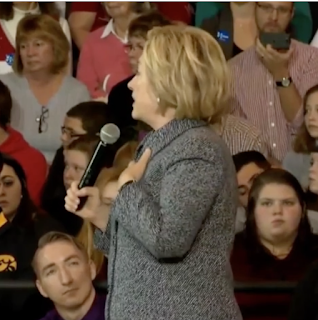 We have seen UK politicians afflicted with this stupidity too, but today it seems that Clinton stated, categorically "I wouldn't keep any school open that wasn't doing a better than average job".

Now, I should not have to explain this, but just in case I do...

"average" is the "middle". There are lots of technical ways one can work out "average" and I won't go in to any detail, but basically, in generally terms, if you have a set of something, like "schools", always, half will be "below average" and half will be "above average".

And what is worse, if you closed the half of all schools that were "below average", then the average would change, and would now mean that half the of the schools you have left are "above average" and half would be "below average".

You keep doing this until the best school in the country is the only one left open, and it is "only average".

I say this with some dismay - why are people so thick?, but I have to remember that OFCOM defined in the code of practice that 10% of all broadband lines are "faulty" as they are in the "bottom 10th percentile", and again, if removed or fixed, then the average and 10th percentile moves up. It is the same stupidity right here in the UK in official OFCOM code of practice.
at December 23, 2015