When we moved in, we had a conservatory added to the back of the house, and over the years it has (a) got full of junk, and (b) had various failures to keep water out... 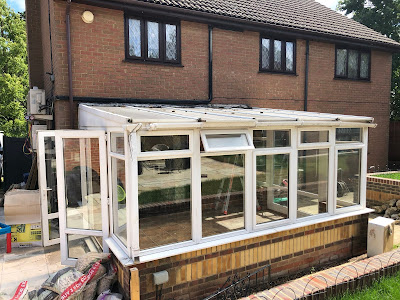 This week we have a new one being installed. I am unimpressed with Anglian Windows giving basically zero notice - they called after 5pm on Friday and said they were coming Monday.

My wife has spent all weekend (with some help) moving stuff out of the conservatory.

What is worse is that we need to move some of the air-con piping for the new conservatory and had that all booked in for a couple of weeks time. I am really pleased that 4 Seasons air-con were able to change plans and come in today (Sunday) and move the pipework. 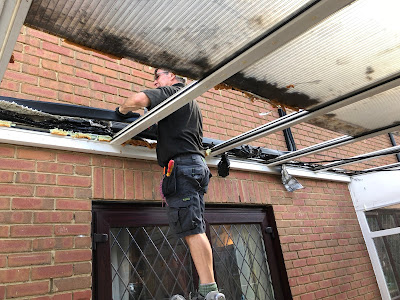 So we are ready, but really, not impressed with Anglia so far. We'll have to see what the new conservatory actually looks like when in, starting tomorrow.

Update: Seems Monday's work was about an hour of removing old conservatory, and then they are back tomorrow. 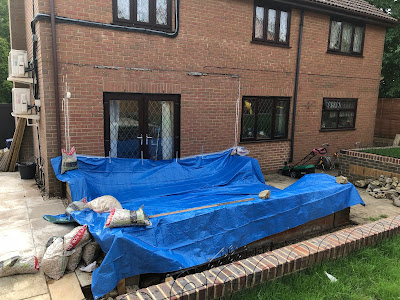 Update: No roof, so Tuesday they had the walls 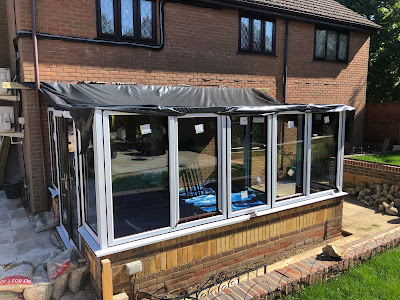 They said they would arrive 9am Thursday, no show.

Friday they arrived, installed most of it, one roof panel wrong size ?! 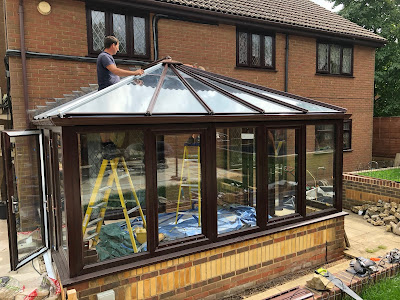