One of the nice things about taking the odd walk (to try and get more healthy / lose weight) is I get 20 minutes to ponder something totally random - like how are the Stargate address numbers worked out?

This is a matter of some debate. Basically, the show references gate addresses by a code, e.g. P3X-421, rather than by the gate symbols which would be tricky (though we later find they do have names / sounds that can be strung together to make words of a sort). An address is actually 6 (non repeating) gate symbols from a set of 38.

[Someone commented as a linguist that the idea of the gate symbols having sounds that make up the names of planets was crazy as no way the location in space and the name would happen to line up. They missed an obvious point that the people naming the planet may have been the Alterans and they named the planet using the sounds from the planet's gate address. But that is beside the point]

Anyway, back to these gate numbers. The Milky Way gates are almost all P something. This suggests that maybe the letter is not part of the address (P=Planet), but even the odd exception (M=Moon) does not quite fit, and a B and K have also been used. With no doubt deliberate irony the Pegasus gates start M.

Except, and this is where the pondering whilst walking around the block comes in, let's pretend we accept the original description for how a gate address works. 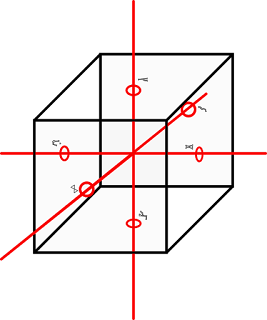 The way it is described is that the 38 symbols (apart from point of origin) are constellations as viewed from Earth (which they are, you can work out which they are even), and that they represent points in space. You need 6 so as to make three lines which intersect at the destination, and then to "plot a course" you need a 7th (point of origin).

OK, here are a few of the issues:-

OK, let's forget all of that, it is a film, let's pretend it makes sense, and that is how gate addresses work.

So yes, in theory, the Pxxxxx could be a full gate address using just the 5 letters and numbers. And the "P" could indicate type of destination somehow.

Of course, what the actual mapping is, is a different matter. It is very likely they are just random.

As an aside, why can't film makers employ a geek for a few days whilst making the screenplay. I would be trivially cheap for them, but things like this could be made to a proper scheme of some sort and have some consistency. They could have avoided the whole "points in space" crap and maybe gone for just "it's like a telephone number" which would have been way easier to explain and not tied their hands as much. Even if they just pinned down the made up rules and made up physics at the start they could avoid making inconsistent story lines later. Oh well.
at August 29, 2018

Email ThisBlogThis!Share to TwitterShare to FacebookShare to Pinterest
Labels: STARGATE