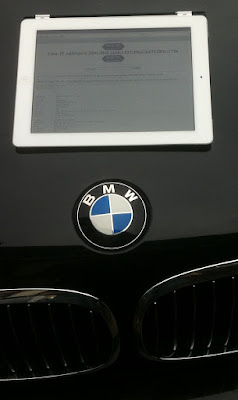 So, in short, if you are ever on the motorway (perhaps near Addlestone?) near a black BMW and see wifi KE55ARD BMW (not not actually his number plate, though he would like that) then feel free to use the free in-car IPv6 wifi.
at October 10, 2011