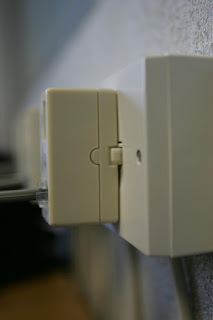 OFCOM have published their proposals for automatic compensation for broadband and phone line faults (here). It is a consultation and we are replying. Even if it goes ahead it will be some time before it comes in to force.

The proposals have some good ideas, and as a consumer it really helps to understand where you stand.

The key aspects are pretty simple...

This is simple, easy to understand, and not that daft...

The good news for us, as an ISP, is that all three of these are basically someone else's problem. Appointments to visit a customer for any reason are not by us as such, we don't go to customers, we arrange through carriers, which arrange with Openreach. So missed appointments will be 100% down to Openreach. The same is true for delays in provision, and delays in total loss fault repair in most cases. We're careful not to promise an installation date, so the delayed provision pretty much bypasses us, but we may as well pay out if we get compensation from carriers.

The fault stuff is good for us as it is "total loss of service". This is important. There are a lot of grey areas, and a lot of cases of vague faults. We spent a lot of time arguing with carriers about cases of low level packet loss, unexpected throughput issues, extra latency, intermittent service and frequent drops. None of those are "total loss". All of these are, thankfully, out of scope. A total loss of service is generally pretty clear cut. So OFCOM have got their head screwed on there.

In theory a total loss of service could be us, but unlikely for such a thing to ever last for two working days. So basically, this is all down to carriers and Openreach. Yay!

To be honest I like the simplicity of it all. Well done OFCOM. But...

Carriers not forced to pay ISPs!

The biggest issue is that whilst it is clear that every one of these cases is someone else's problem it is us that have to pay out. It is right that we pay out, we have the contract with the end user. But OFCOM think we can negotiate with carriers to get the same compensation from them so not be out of pocket if not our fault, which it won't be. OFCOM clearly have no fucking clue. We may be lucky - we may find the big players manage to beat up BT Wholesale, Talk Talk Business, etc, and they do in fact offer us the same compensation. Given that we struggle to negotiate for BT Wholesale to actually have a process to even fix faults in the first place, let alone define what a fault is, I do not hold out a lot of hope. It it works, and we get the same compensation for the same things, we are fine. We will have an admin cost of recognising and automating the payouts, and checking that we get the compensation from carriers, and disputing with carriers when they have not paid us (there will be disputes, guaranteed). That is a cost, but overall this will be OK, we are good at this stuff. Fingers crossed.

Broadband depends on a phone line!

As you probably know most broadband services needs a working phone line. If the phone line breaks then the broadband cannot work. This is pretty basic stuff, but OFCOM think most services have same provider for both. That may be true on aggregate but for small ISPs it is not, and most of our lines have someone else providing the phone line part. Oddly the phone lines we provide are out of scope as they don't allow calls, so if we did a line for someone else and it failed (killing their broadband), we would have no obligation to pay compensation for the phone line being dead. Crazy or what?!

The way it is worded now, someone can complain of no broadband to us. We look, see PSTN fault, and say "report to phone line provider". That is all we can do. We have no contract with the part of BT doing the phone line. We cannot do anything to fix it. Forcing us to pay money won't change that! The end user has to contact their phone line provider. But according to the proposed rules, if the broadband is not working in two working days the we have to pay out £10 a day until it is, even though not our fault and we have no means to fix it. There is not even an obligation on the end user to report the fault to the phone line provider. They could sit on it, raking in £10 a day, from us, forever!

There has to be an end to payouts at some point?

OFCOM decided on no cap on daily payouts. I understand, but ultimately we could find there are services we cannot provide. The checker may be wrong, the line may be just too long. In rare cases even a fault may not be possible to fix. In these cases there is the option for us, or the customer, to cancel the order or cease the service. But the wording as proposed does not clarify that this stops the daily payments. If we accepted an order and gave a date (based on carriers telling us), and then cannot provide, could we be paying £6 per day forever? Scary!

OFCOM propose that ADR should cover cases where a customer thinks automatic compensation is due and not paid. This is a huge problem.

OFCOM have sensible limited faults, for example, to "total loss", which is pretty clear cut. But a customer with an intermittent fault or other speed issue, that takes time to fix, may want compensation. It will be a very easy mistake to make, or a tricky argument over "total loss of service". It could even be someone with a router problem, and needing a new router, feels we should pay when no compensation under this scheme is due.

The problem is that even with many days delay the compensation is way less than the circa £350 cost of an ADR case (even if we win). So the customer simply has to say they feel compensation is due and threaten ADR. Any ISP will have to pay up else pay more for ADR even if they win the case.

So the limit to "total loss" is moot once you factor in the threat of ADR. However, assuming we get compensation from carriers they won't pay us for such cases and we cannot take them to ADR.

Ultimately this extends the compensation to cover every fault, not just total loss, but intermittent and customer router issues, and the ISP pays out with no way to "improve the service" which is what this whole scheme is trying to do.

The normal process for most faults is to start by eliminating end user equipment. The carriers make us do this, and it is not totally daft. So usual process is send a router out, which takes a working day, at least.

OK, so we do that and it turns out that it really is the broadband at fault. So we report to carrier. But we have already wasted one working day on sending a router.

Even if we negotiate with carriers to pay compensation to us, they will not allow for the wasted working day in such cases, even though they insist we replace equipment first.

This means we have to change our processes and report a fault to carriers at the start, then send router while they are saying "no fault, book an SFI", and then we say, yes, a fault as we have now tried a new router. All a bit iffy, but process needs working out. I can see the carriers being pissed over this as it gives them at least one fewer working days to fix things.

At the end of the day, if we have to pay out more because of all of these gaps we have more costs, and have to consider higher prices. If the carriers have to pay us more to pay out, they may charge us more, and we have to consider higher prices. At the end of the day the consumer pays. Well done with that OFCOM!
Posted by RevK at 19:47:00