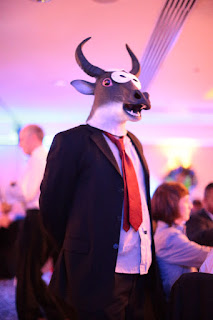 We had the A&A xmas dinner last night, and the hotel had Free WiFi. It was free to guests in the meeting rooms and the restaurant, but needed a password.

So many ways they could do it, but for some reason it was done as BT Openzone WiFi. Why the hell?

First off, why not just have a WPA2 password - simple - easy - and works on everything (even my camera). But what the heck - they are in a secluded spot with a large floor area - why not have an unsecure wifi for the meeting areas. After all, anyone able to get to the wifi could ask reception for the password to use. That would, by far, have been the best option.

But no, it is Openzone with a web portal.

I recall being slightly impressed that iThings automatically pop up with the login portal page when you select such a WiFi. I assumed it was a feature of the WiFi association or DHCP somehow. That would make sense. But no - it seems Apple simply try and access a known apple web page and if that not as expected then the pop up whatever they do get assuming it is an access portal.

Clever, but not quite what you want as it is an apple.com page. Why the hell not a special portal.apple.com domain which one could intercept at DNS level to provide a welcome page on a wifi. What they have done only really works with a captive portal at IP level, which is a pain to do.

A better way would be portal.apple.com or some such as a domain.
A better way still would be an RFC defined portal.invalid, or some such.
Even better would be a DHCP attribute for "welcome URL".
One could perhaps do a Bonjour style "welcome" domain on the LAN.
So many ways that could have been so much more standardised and flexible.

Well, yes and no. Sorry BT Openzone, but you are severely broken - just try and use an iPhone or iPad at an event at the hotel. Even when I have tried to use such things at BT Tower it is as bad. Every damn time the phone re-associates at a WiFi level (i.e. every time you go to use it) it wants the damn portal and password again. That was getting so tedious it was unreal. And then, to top it all, my camera wifi could not work, so ended up camera wifi to iPhone personal hotspot on to 3G to get a few photos on to the web, and then download via Openzone on to iPad, crop, and post to facebook. How annoying.

Anyway, by far the facebook star of the even was Jimi - who took masquerade ball to a whole new level. Well done, and I do hope everyone enjoyed themselves.
Posted by RevK at 14:06:00