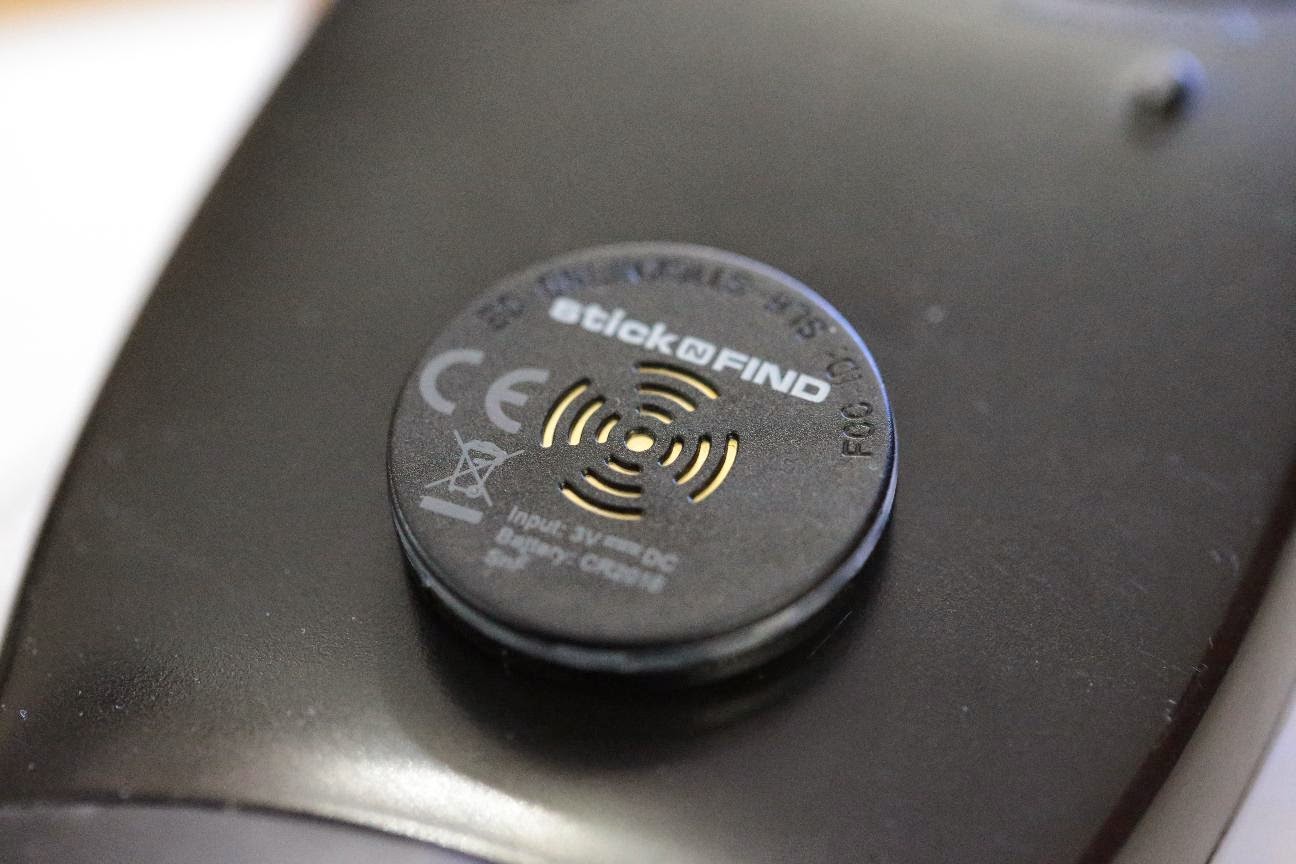 Anyone that has used FaceBook will have seen adverts for the "Tile". It seems like they have been advertising forever (maybe it is a year) and it may have been some sort of kickstarter type thing as they are finally only shipping now. I have actually seen a real "Tile" just last week. Even so, their web site says "reserve one today".

What I did not realise is that this sort of thing is not new, and not unique. I assumed that they had patented or something, but clearly not. It is just one of many almost identical devices, some of which have been around for ages.

Even on FaceBook I now see adverts for some other trackr thing that a different style and also some sort of crowd funded thing.

So, I thought I would have a play with one of these devices, and the one I got (based on a recommendation) was a "Stick'n'Find". It is a small device with adhesive sticker on the back, but comes with a keyring type thing to stick it to if you need. Was £50 for two from firebox.

So what do they do?

It seems, from description of the Tile and the like, that they do much the same. You need a phone app, and they work with iPhone and Android. They are themselves a small long life battery powered bluetooth device. They have four basic functions (based on the Stick'n'Find) :-

1. You can range find to try and track them down in the same room. Ideal for keys lost in sofa, that sort of thing. The app give a signal strength indication so you can walk around and get closer to the device.

2. You can make it beep and flash - so it is a modern version of the old whistling keyring (remember them!).

3. You can set alarms, e.g. a simple "leash" which alarms when out of range. The Stick'N'Find can make one or other end (the gadget or the phone), or both, beep when it loses connection.

4. You can report it lost, making it so that if it comes in to range of any phone running the same app, anywhere, then you can be notified. Not tried this yet, but it has the issue that there seems to be no central registry for all of the different makes, so this feature only works if there is a big community of people using the same make of gadgets.

The Stick'n'Find is the one I have tried myself, and it also reports the device battery level and temperature. I would assume it will alert when battery low, but these are meant to last for ages.

Now the challenge is finding uses for them! I always have my keys and wallet, though an alarm for being pick-pocketed would be cool. The only device regularly lost is the sky remote (and it is not me that loses that, it gets "borrowed"), so that is stickered. I did think that an alarm as my suitcase comes round the carousel at an airport arrivals hall would be rather cool. Other ideas welcome.
at November 05, 2014