For a couple of weeks now I have been woken in the night by some sort of tapping and scratching noises.

It is only for a few seconds at a time and sounded like it was from above me.

I wondered if somehow it was the cat & dog downstairs chasing each other around maybe and I was just not managing to work out where the sound was from.

I wondered if it was birds stomping around on the roof - but at 3am?!?

At one point I was starting to wonder if I was hearing things - as it always seemed to be a matter of waking up having just heard the sound, but then not hearing anything when properly awake - so did I dream it?

I think my family thought I was going nuts! Nobody else had heard this, but it was driving me round the bend. They had looked in the loft and there was no sign of any droppings or anything. We wondered if we had rats, or squirrels, or some sort of birds, or who knows what... We had no idea how something was getting in to the loft or why.

I was now waking up when I heard the noises and was definitely hearing them when awake. They definitely were from above the room somewhere. But still very brief, and still nobody else had heard them.

At this point I was getting up and going in to the loft in the middle of the night, even standing there for 10 minutes listening carefully, but nothing! 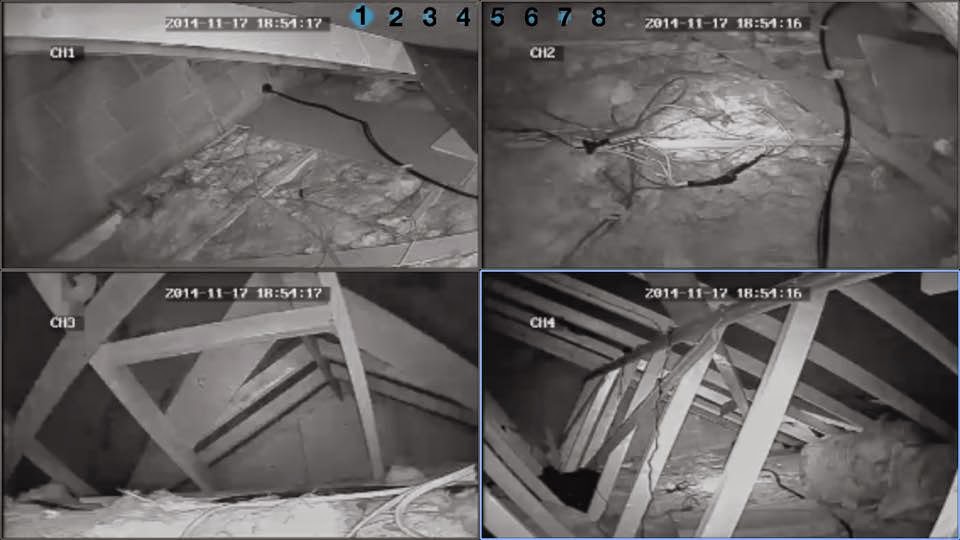 Well, I have a cheap 4 camera CCTV system that is going up around the garage and the house later (as part of my "man cave" project). It has night vision cameras. I unboxed it all, and set up at various vantage points in the loft. I can view on the iPhone and it records.

It was starting to get a bit like an episode of Most Haunted, or something.

This morning at 02:47 I was awoken by the noise, grabbed the phone, and saw something moving. Finally proof that I was not going nuts.

A little playback and still frame capture, and I found the culprit. A squirrel.