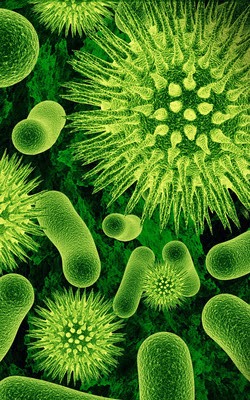 Antibiotics are great - they kill almost all bacteria, and this means that they have saved a lot of lives that would have been lost to serious illnesses.

However, as most people know, not all bacteria are killed off. Some strains are resistant to the antibiotics. This is because of random mutations, but the resistant strains did not originally have any sort of competitive advantage in their environment so there were not many of them.

The problem is that when you use antibiotics a lot you find that all you are left with is resistant strains. These now have a competitive advantage in their new antibiotic rich environment.

In many ways anti-terror laws are the same - there will be people in society that want to commit some serious crime or terrorist act - they are the bacteria of our society.

Now, suppose you make laws that make it easy to track communications and spot terrorist plots. There will be some terrorists that are not so dumb as to just make normal mobile phone calls to their conspirators to plot something. A few will be smarter. The new laws will, of course, catch the dumb ones, and everyone will get a pat on the back for thwarting another terrorist plot, but that leaves you with the smart ones.

There have been examples of this. I have read that those plotting 11th Sep bombings put messages in draft on a dummy mail account, and someone else logs in, reads and deletes the draft. When I heard this I was impressed at how simple and clever it was - because draft messages are not the sort of thing that we monitored - only actually sent messages. Oddly the new Counter Terrorism bill going through now does not address that flaw even 13 years later - why? But what it does show is that there will be some that are smart enough to bypass the anti-terror laws.

Unfortunately, just like antibiotic resistant bacteria, it only takes one new strain to cause an epidemic.

This means that apart from all of the other collateral damage caused by anti-terror laws, and the progressive stripping away of freedoms from law abiding citizens, you also breed a new generation of smarter terrorists that are even harder to track down - and as I say - it only takes one.

Ultimately we have to be a lot more cautious and targeted with our anti-terror laws and surveillance powers or we risk making it really impossible to track what anyone does even when that is fair and proportionate.
at January 28, 2015

Email ThisBlogThis!Share to TwitterShare to FacebookShare to Pinterest
Labels: TERROR