Sorry David Cameron but we have a right to privacy! 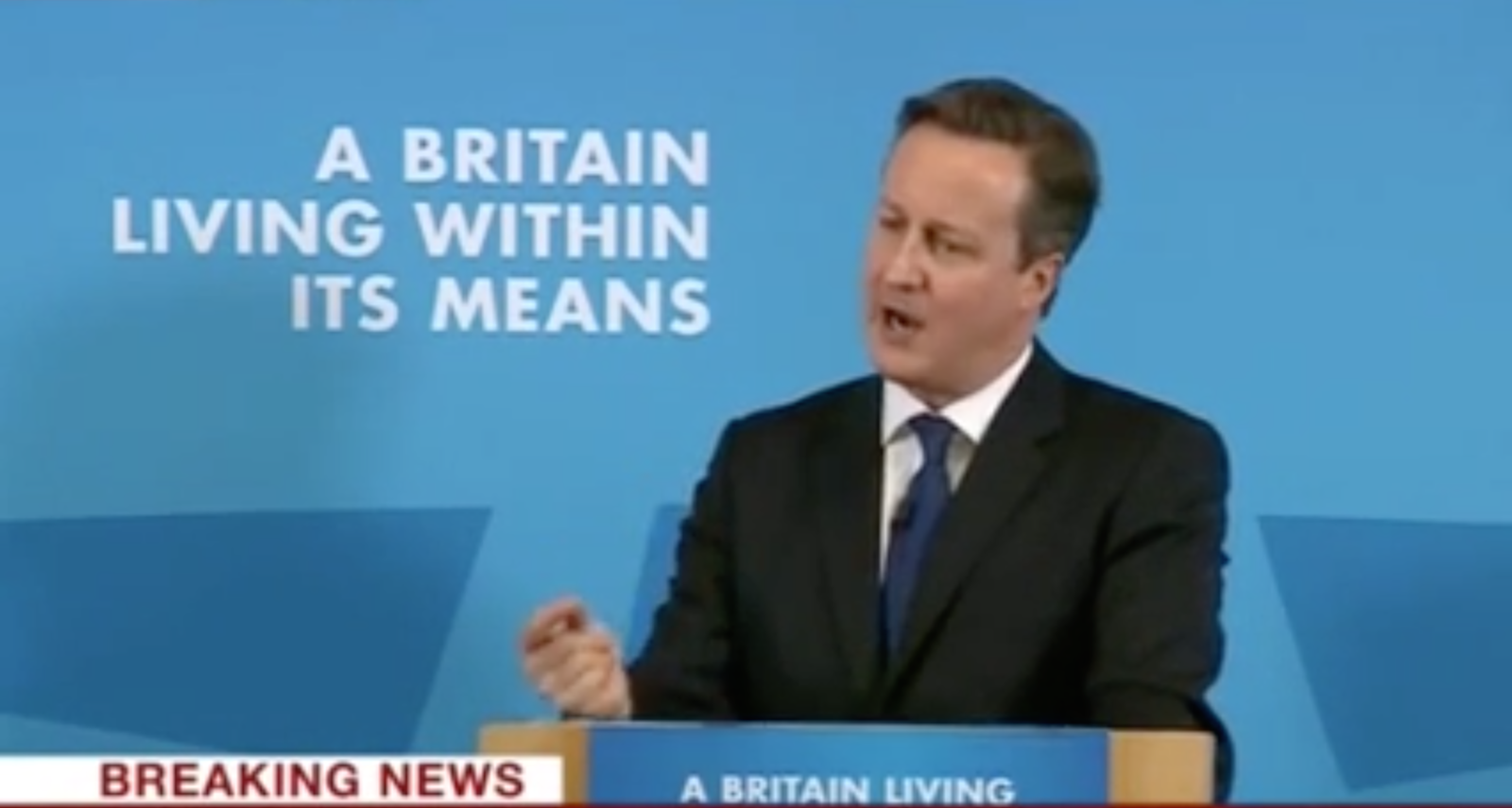 David Cameron stating that we cannot allow a means of communications where the government cannot read that communication. [video]

Sorry, but no! This is not acceptable.

His statement is reported as relating to snapchat, but how would he make it so that all communications can be read by the government? If I access a bank that is not in the UK using https then this government cannot read that, which is as it should be.

He would have to ban encryption to achieve what he is saying and that is madness.

1. There are means which can be used to communicate in a way which cannot be read by the government, or anyone else - that is a fact and no amount of laws will change that fact. This is called encryption. Encryption is used every day by most people - Facebook defaults to using encryption, and of course on-line banking uses it.

2. There are means which can be used to communicate where it cannot be proved that any additional message exists if you of not have the key. This is called steganography. It means that one can send private message with no way to prove that you have done so, and so no way to prove you have broken some "no encryption" law.

This issue surrounding David Cameron's statement that he believes that the government should be able to see/hear/read any communication in this country if necessary. He does go on about "in extremis" and how this needs to be signed off by Home Secretary, but even with the controls he mentions, in order to do this he needs it to be technically possible.

Think about that for a second - it means laws in the UK that make it possible for communication between two people to be listened in to by a third party even if those two people do not want that to happen. For the warrant from the Home Secretary to work, that has to be technically possible in the first place for all communication in the UK!

That is a huge thing to say - because if it is technically possible for the government to "listen in" then it is technically possible for criminals and terrorists to do so. What ever the legislation is, its job is to weaken what we do to the extent that the government can snoop. That means is possible, and those criminals will not need a sign off from the Home Secretary. That sort of change would make Britain a laughing stock and ensure nobody does anything sensitive with the UK. Indeed, it is hard to say how such weakening of communications could be consistent to Data Protection laws. In fact, it would mean NO COMPANY DEALING WITH UK CUSTOMERS COULD TAKE CREDIT CARDS ON-LINE as such weakened communications would be against the strict rules imposed and enforced by the card companies.

I have not actually read 1984, but is David Cameron quoting from it?

If you take what he has said literally it would mean whispering to your partner in bed would be illegal in case the government planted microphone could not pick up what you said.

Getting started with PGP.

Remember, Mr Cameron, you work for us, not the other way around. This sort of rhetoric shows you have no clue about basic rights or technology and really should not be running anything.

Update: Loads of responses on twitter along the lines of "Already UK law in RIPA, you have to hand over keys". ONLY IF YOU HAVE THE KEY! That does not help for transient keys. I mean, if you are asked to hand over the transient https key used on your last access to FaceBook so they can decode the TCP traffic they captured - you cannot. Similarly, I can simply make a key, send the public key to someone, receive from them a message, read it, and delete it and the key, then nothing to hand over. I think some chat apps do that inherently with transient keys in memory only, deleted after reading. It is not complex technology and perfectly legal not to have the key - only illegal not to hand it over on demand if you do have it.

Update: Another good blog post on this [Steve's blog].

Update: I have written to my [Conservative] MP. 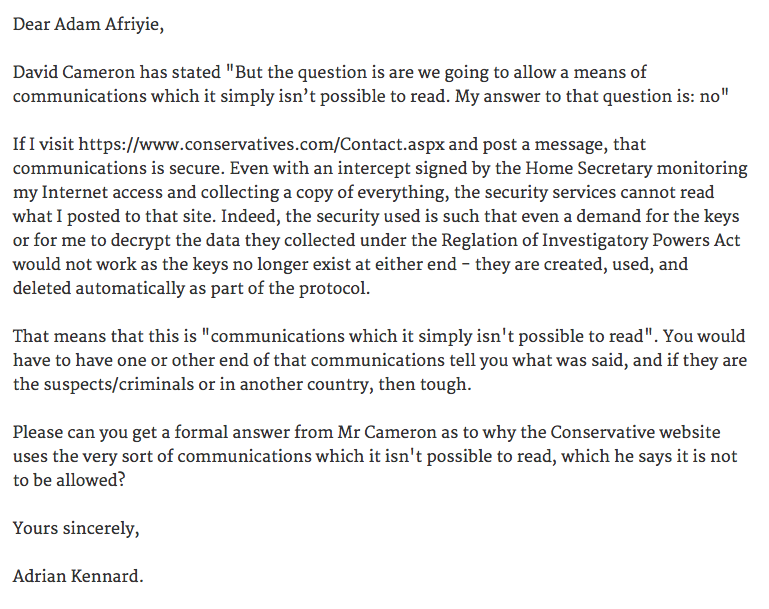