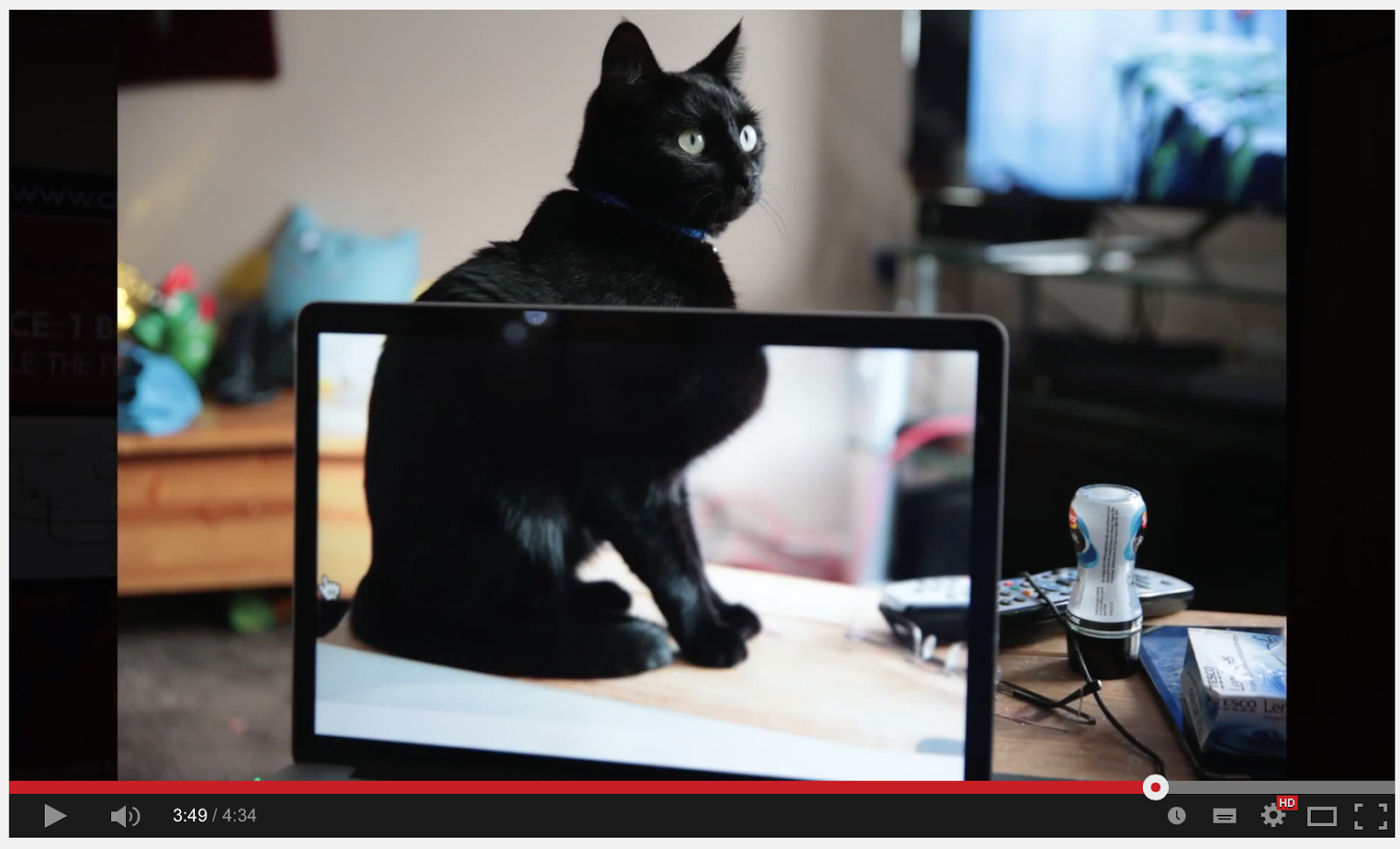 I thought I would try something that was not a rant for a change - it happens.

We have purchased a copy of "Final Cut Pro" for the 5k iMac. This was based on a recommendation from my colleague Alex. It is not cheap, a couple of hundred quid.

I have never done video editing before, and am still learning, but I have to say that so far it is looking promising and could be fun. I have not had to refer to the manual and needed only a few pointers from Alex. It is very responsive even though it is juggling gigabytes of data.

For the latest video [here] that I created, I used my Canon 1Dx to record full HD with a 24-70 lens in low compression mode. It looks like around half a gigabyte a minute in that mode but you generally want the best quality source for editing if you can. I also have a good stereo audio recorder which I put on the camera pointing at me. I recorded my monologue and then a separate sequence of close-up writing on the paper.

I then told Final Cut Pro to make the audio and the camera in to a multi-cam clip, which it did. The clever bit is it synced the iffy camera audio (I did not connect a separate mic) and the good quality audio recording perfectly and allowed me to turn off the camera audio.

I then cut in segments from the close-up shots with cross fades. It actually took me a while to cut in a still (of a cat) as it confused the issue being not 1920x1080. Next time I'll size the image to fit and not confuse it!

I was able to publish to youtube in a couple of clicks, and a few minutes encoding.

It is noddy stuff I know, and to be honest I should have got some proper lighting for the shot as well, a shirt clip mic, and maybe written a script :-) I have much to learn.

I do think that next time I'll add more cameras, even a wide angle with a go-pro or such, to cut the video about a bit and not look quite so much a talking head to camera.

So much to learn in script, performance, lighting, audio, editing and everything. Maybe the start of a new hobby.

Update: It is worth mentioning subtitles - youtube just does these for you, and if you have clean audio and speak clearly they really are very good. Even with my jabbering on it was still pretty good. They make it very easy to edit as well, so worth doing if you upload any video.
at January 29, 2015