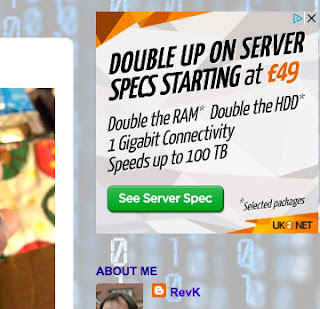 Putting adverts on the blog has been a controversial move.

I am pretty confident that my readers are not swayed by them unduly, but are amused by them. Indeed, this is one source of amusement in comments I have received privately from several people.

It is funny when I complain about BT's ineptitude and a BT advert comes up, or DHL when I moaned about them. Ironic that they are paying me, albeit a few pence, to slag them off in public!

But back to the fiction... This is a real advert as it appeared on this very blog for UK2NET. It claims "Speeds up to 100TB"

WTF? Seriously they need to think about that. Well, it is not a speed, but then neither is 1 Gigabit, so "per second" is assumed here. 100Tb/s is not really practical. Even LINX are not at that level, are they? The big transatlantic links are nearer 10Tb/s.