Barclays pain in the arse

I don't like being bare face lied to, or wasting two hours sat in a branch in Ascot. So here is the rant... 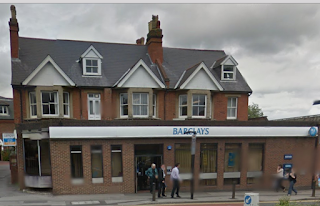 The problem was simple: Debit card expired end of August, and no replacement arrived.

Why the hell could they not actually have just issued a new card and sent it in 2-3 working days as they said in the first place? Why the hassle? Why the lies? Why wasting 2 hours of my day?
at September 08, 2015